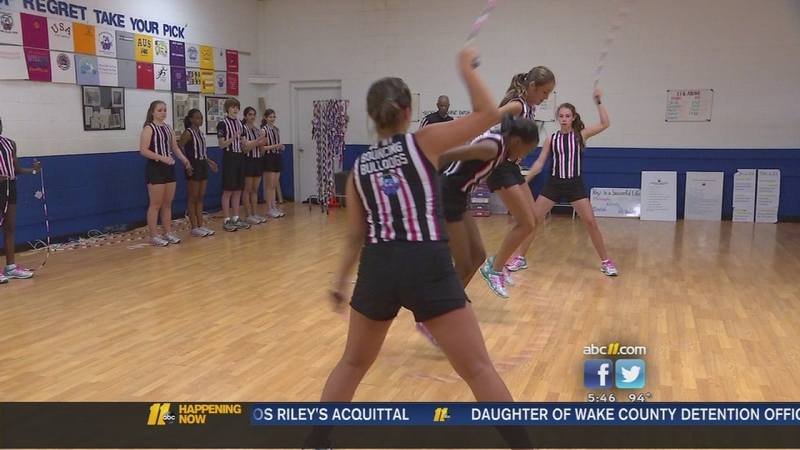 The Bouncing Bulldogs are World Champs

DURHAM (WTVD) -- The Durham and Chapel Hill based jump rope team The Bouncing Bulldogs are World Champions for the fifth straight year, but the team's coach and jumpers said their program is about more than just skipping rope.

The team took their fifth title at the fifth annual event in Paris, France in July where they competed against over 1,000 jumpers from 26 different countries.

"We don't just focus on jump roping, we focus on life lessons and things that will help us in the future," said Ilana Fried.

She is a jumper on the World Championship winning team and an incoming freshman at George Washington University.

"Some main things that we focus on are respect, discipline, hard work and team work," she said. "And those are really the things that make our program so great."

Coach Fredrick leads the Bouncing Bulldog team and has done so for the past 28 years.

He said putting in the work at practice is key because the weeks of practice to prepare for an event like the World Championship.

"We were in the gym eight straight weeks, seven days per week, one hour and 10 minutes at each practice," Fredrick said. "So we were getting to a point where we were almost tired of looking at each other."

Coach Fredrick said he wants his jumpers to value discipline and hard work, both of which feed into the gym's motto: "Imagine the Possibilities."

"We do not like to say failure in our program because as long as you're trying and you're giving your best, that's when a person grows," he explained.

He said the values he teaches the jumpers in his gym translates into their schoolwork.

"Of all our high school kids, their combined grade point average is 4.5. So the byproduct of a sport like jump rope is it also inspires a person to excel in the classroom."

Anna Reeb is also a World Champion Bouncing Bulldog and a rising junior at Carrboro High School. She said she's proud she received the opportunity to represent the United States in an international competition.

She explained that the team's philosophy isn't about focusing on what the competition is doing.

"We just try to focus on ourselves when we're competing (and) just to stay in our lanes because it's about giving back to the community and using our success at competition as a platform to help other people."

Coach Fredrick said representing the local community in an international setting is what means the most to him.

"This whole event was live streamed to 45 different countries. What we're most proud of when our jumpers would compete, you would hear 'Durham, Chapel Hill.' So we were promoting our community at a very, very high level." 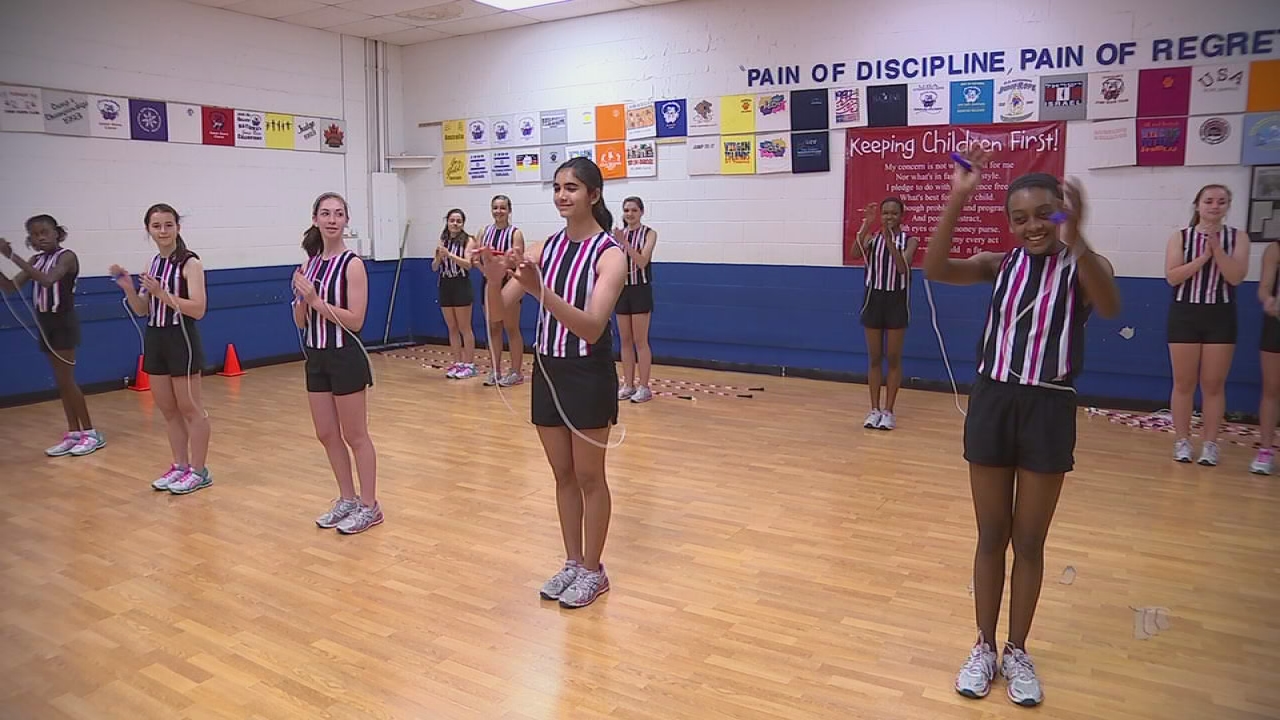 He told us that he has no off-season break and that he's currently trying to recruit 25 new jumpers as the summer training continues.

"We do not take a break. We study Coach (Mike) Krzyzewski. We study Roy Williams and personally I try not to let those coaches out work me because every day they are recruiting, and so is Coach Fredrick," the coach said.

If you're interested in finding more information about how to join the Bouncing Bulldogs, you can find their contact information here.