'He was like a son to me': Newton Grove officer killed in Sampson County crash just days before 27th birthday CLINTON, N.C. (WTVD) -- The Newton Grove Police Department is mourning the loss of one of their own after an officer was killed in a Saturday evening single-vehicle crash in Clinton just days before his 27th birthday.

The accident happened around 7 p.m. near the intersection of U.S. 701 and Isaac Weeks Road in Clinton.

A North Carolina State Highway Patrol trooper identified the driver as 26-year-old Newton Grove officer Brent Nelson Hall. The trooper said Hall was traveling "at an extremely high rate of speed" excess of 80 mph in a 35 mph zone when he lost control of his vehicle, hit a curb and hit two light poles before finally coming to rest.
EMBED More News Videos

The Newton Grove Police Department is mourning the loss of one of their own after an officer was killed in a Saturday evening crash in Clinton.

Police Chief Greg Warren believes Hall was one of the youngest in the Newton Grove police force. Amanda Brewington, Hall's sister, said he was set to turn 27 in just nine days on April 13.

"He was like a son to me, I have children his age and it's been very hard," said Warren.

Jesus, the Great Physician, the loss of life of one of our police officers is so very painful and devastating to endure. It can ravage a community for such a long time. I ask that You come and dwell in our midst. Let Your holy word be a healing balm that soothes our wounds and allows us to heal from the loss of this police officer. Help us to learn from his/her selfless example of dedication and devotion to protecting us. Let our memories of him/her not be ones of sadness for their loss, but of celebration of a life lived in the image of You. Amen. 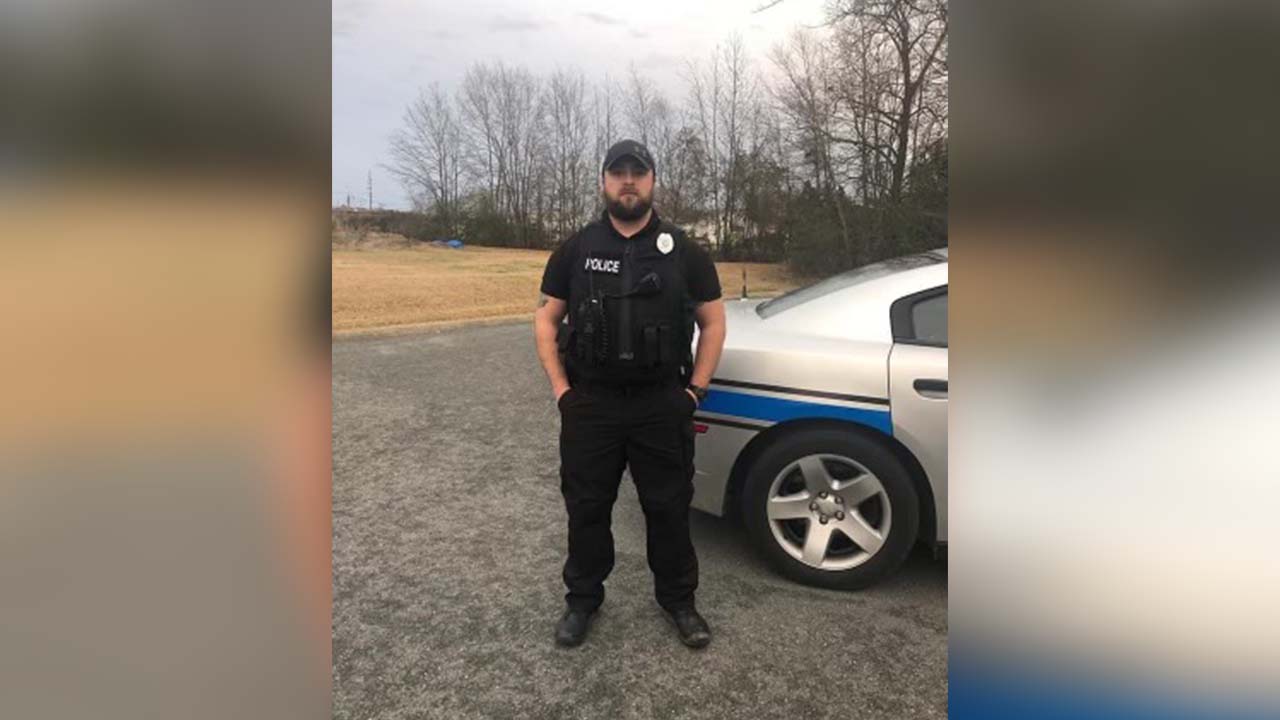 Since the news of Hall's death on Sunday night, the Newton Grove Police Department has parked a police cruiser in front of the police department building in tribute to him.

"My husband asked me this morning if I wanted to go by there... I can't. I saw a picture of it on Facebook and I fell on the ground," Brewington said as she fought back tears. She wishes this was all a bad dream.

Hall leaves behind his parents, older sister, an 8-year-old niece and a host of other family and community members that loved him dearly.

"People keep saying, 'what do you need or what can I do for you?' I don't mean it ugly, but unless you can bring my brother back, there's nothing you can do," Brewington said. "I mean, I'd give anything."

The family has started a GoFundMe in honor of Hall.