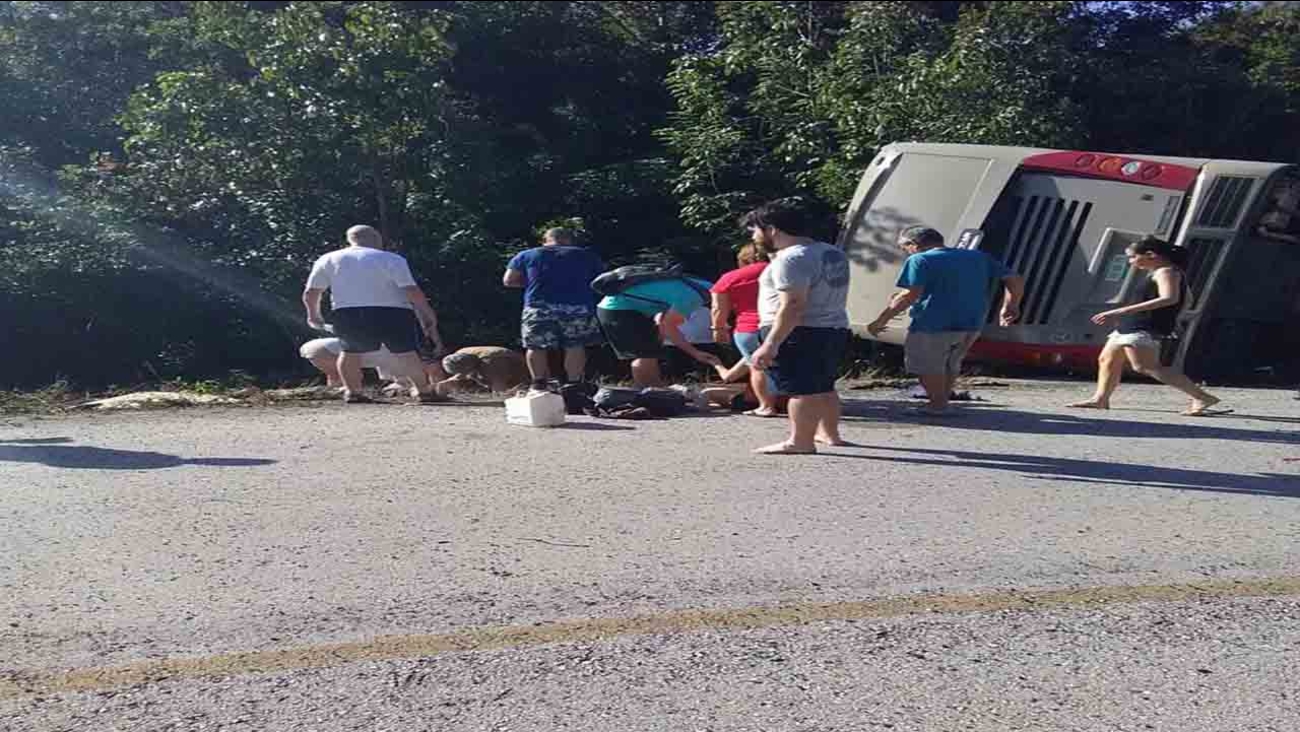 Seven Americans and two citizens of Sweden are among the injured, according to Quintana Roo state Civil Defense spokesman Vicente Martin, who said authorities haven't yet established the nationalities of the dead.

Miami-based Royal Caribbean Cruises said in a statement that passengers from two of its ships, the Celebrity Equinox and Serenade of the Seas, were involved in the crash. The company expressed its sympathies and said it was assisting with medical care and transportation.

A spokesman from the U.S. Embassy in Mexico said U.S. officials were working with local authorities to determine whether U.S. citizens were involved.

Video images from the scene showed the bus on its side in vegetation off the two-lane highway, with some survivors lying on the pavement while others walked around.

Martin said the crash occurred as the bus was on its way to the ruins at Chacchoben, about 110 miles (175 kilometers) south of Tulum.

The cause of the accident was under investigation.

Costa Maya Mahahual, the bus company involved, said in a statement that the bus was carrying tourists who had arrived to the coastal town of Mahahual aboard a cruise ship.