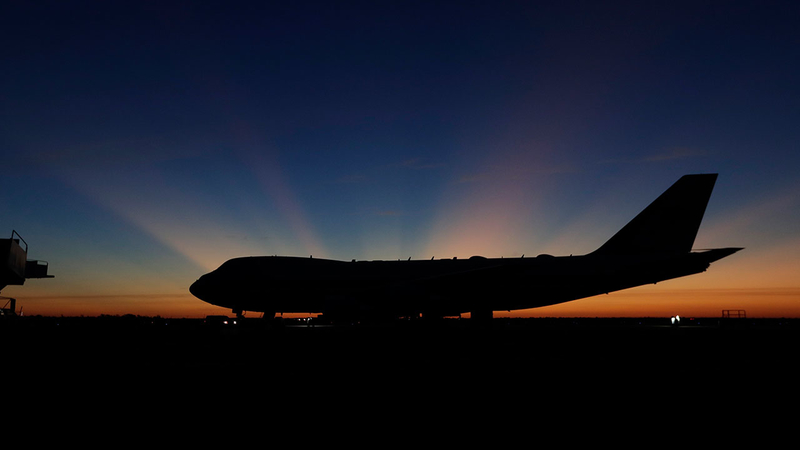 George HW Bush: Videos from the funerals and more

HOUSTON, Texas -- George H.W. Bush, who shaped history as 41st president and patriarch of a family that occupied the White House for a dozen years, was laid to rest Thursday in College Station, alongside wife Barbara and daughter Robin.

Before he was taken to his final resting place, an invite-only funeral service with about 1,200 guests was held at St. Martin's Episcopal Church in Houston.


The president's body was lying in repose at the church from 6 p.m Wednesday until 6 a.m. Thursday. Nearly 12,000 mourners visited the church to pay their respects to the president, whose casket returned to Houston Wednesday afternoon after a state funeral in Washington D.C. that offered high praise for the last of the presidents to have fought in World War II - and a hefty dose of humor about a man once described as a cross between Mister Rogers and John Wayne.

A LIFETIME OF SERVICE: Experience the legacy of President George H.W. Bush


After the private ceremony at St. Martin's, the president was transported by motorcade to Union Pacific Railroad Westfield Auto Facility in Spring.

A locomotive painted the colors of the Air Force One plane used during Bush's presidency and bearing the number "4141" transported his casket to College Station.

The casket was in a car with Plexiglas windows to allow people to see it during the trip, according to McGrath, the family spokesman.

For those who would like to visit Bush's gravesite can do so starting at noon Saturday.

Bush, who presided during the collapse of the Soviet Union and the final months of the Cold War, died last Friday at his Houston home. His wife of 73 years, Barbara Bush, died in April 2018.

George HW Bush was lying in state in Capitol rotunda: What that means
National Day of Mourning for President George HW Bush: What you need to know