WTVD
By Ed Crump
APEX, N.C. (WTVD) -- What if there was a device that could inactivate more than 99 percent of the coronavirus in your home? According to heating, ventilation, and air conditioning (HVAC) manufacturer Carrier, such a device exists.

The company said it has a filtration system that not only gets rid of all sorts of indoor air pollutants but inactivates SARS-CoV-2, the virus that causes COVID-19.

A representative for a local Carrier dealer told ABC11 that the claim was just approved earlier this month after independent third-party testing inside an environmental engineering lab at the University of Colorado.

"Instead of avoiding saying that it kills the coronavirus, now we're allowed to say that," Karen Matthews said.

Matthews, who works at Apex Heating and Air Conditioning, said that before the pandemic, the company was saying Carrier's Infinity Evolution air purifier could kill viruses.

But since the start of the pandemic, the Wake County HVAC installer and Carrier were both careful not to say it could kill the novel coronavirus.

That changed when Carrier announced that tests showed the unit is more than 99 percent effective at inactivating SARS-CoV-2.

"It's pretty exciting, and I think there are going to be a lot of people that are interested in it not just for their residences but maybe even for their businesses," Matthews said.

Apex Heating and Air Conditioning owner Kenny Markham noted it is not cheap.

Still, he doesn't think it's going to be a hard sell.

"I think there's people that would spend the money to, you know, protect the family," Markham said.

The system works by drawing in air molecules. Those molecules are then given an electrical charge by an ionizer and attracted to a filter that has the opposite charge.

The resulting electrical reaction breaks open the virus's outer layer and, according to Carrier, inactivates it.

Matthews said she was excited when she read Carrier's update.

"This is just a game-changer if you ask me," she said. "I think it's something that's really, it's not without a price tag, which everything has a cost, but it is something that I think a lot of people will be interested in."

Matthews noted that if you look at the price during the 10- to 15-year lifetime of the unit, the cost is more reasonable.

"To be able to breathe virus-free air in the place that you call your sanctuary, it's where you live, where you sleep, it's where your kids play, I think that it's totally worth $25 a month," she said.

And for small businesses who might opt to put the system in their store or restaurant before reopening, the value of advertising such a system might just be immeasurable.
Report a correction or typo
Related topics:
businessncwake countycoronavirushomewake county newscovid 19 pandemiccovid 19
Copyright © 2020 WTVD-TV. All Rights Reserved.
COVID-19 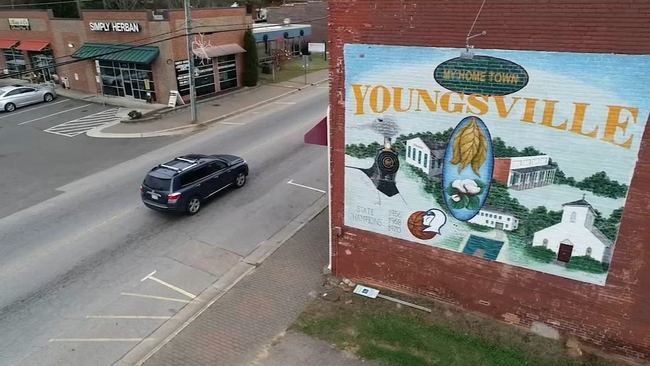