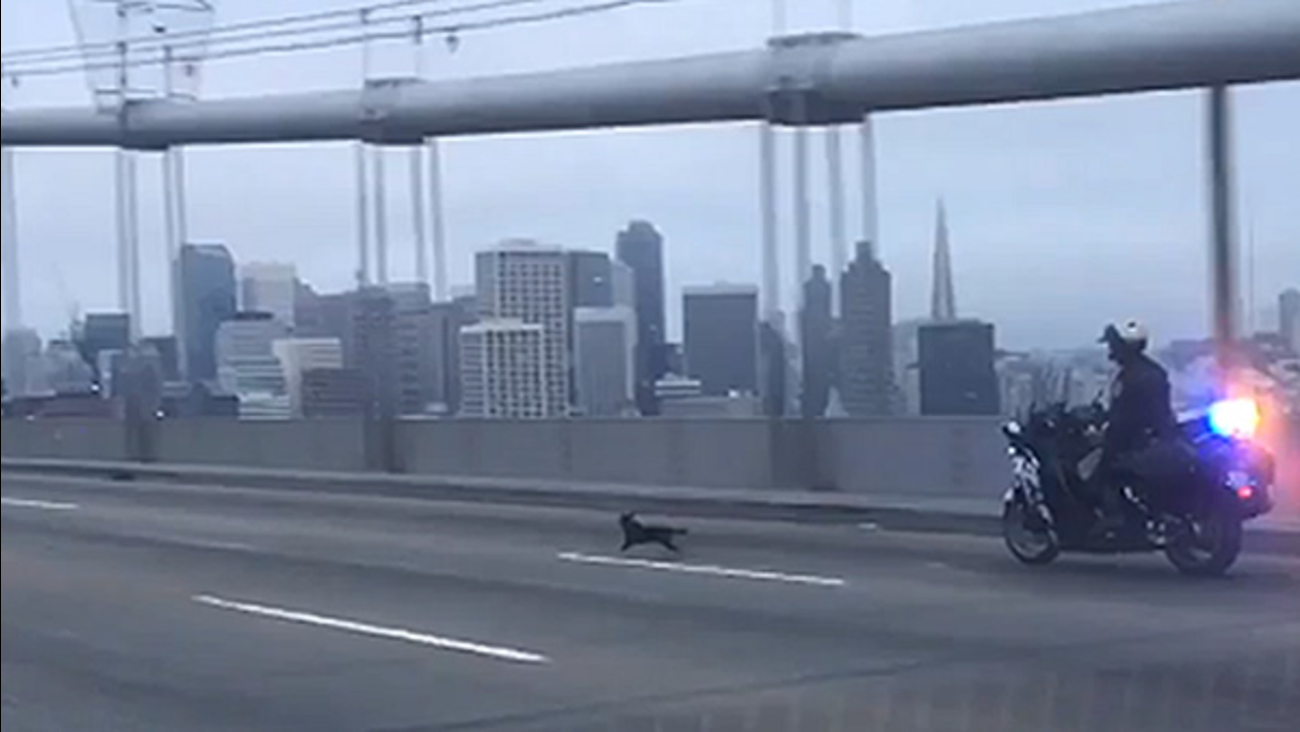 A CHP officer chases a missing chihuahua on the Bay Bridge in San Francisco, Calif. on Sunday, April 3, 2016. (@CHPSanFrancisco/Twitter)

SAN FRANCISCO -- A missing chihuahua is now safe after leading California Highway Patrol officers on a chase down the Bay Bridge in San Francisco Sunday morning.

San Francisco County Animal Care officials are watching the chihuahua until the owner calls to pick the dog up.

At 6:56 a.m., CHP officials reported a dog running in the eastbound lanes of the Bay Bridge.

At one point the dog, described as a black chihuahua, was running against traffic, according to CHP officials.

After a brief chase, CHP Ofc. Vu Williams used his jacket to distract and capture the dog.

Officers are currently looking for the dog's owner. Anyone with information about the dog is asked to contact (415) 554-6364.

High speed pursuit of 🐶 this morning on the #BayBridge! Suspect taken into custody. All are safe! #onlyinSF pic.twitter.com/Ny5dgSRITz

Missing a chihuahua? Little guy led us on quite a chase this morning on the Bay Bridge. Pls contact if he's yours pic.twitter.com/sy1tGYJOuO

Chihuahua rescued from #BayBridge has been picked up by SF County Animal Care. Pls call 415 554 6364 if he's yours pic.twitter.com/x2c607XtR5