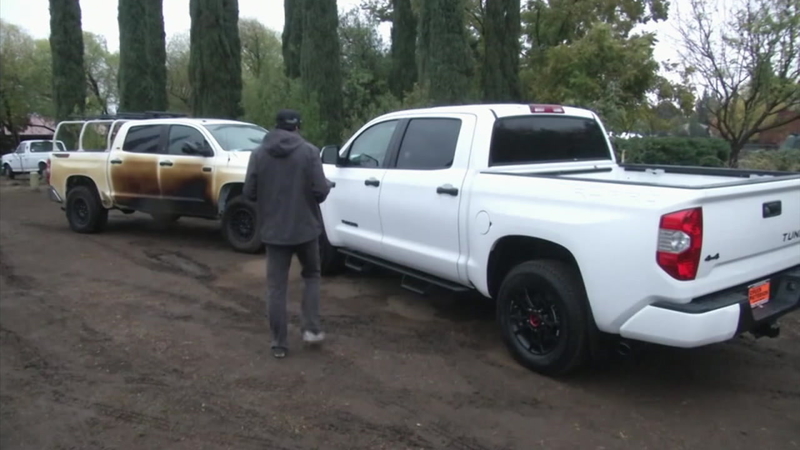 The Northern California nurse who drove his truck through Camp Fire flames to save patients at his hospital now has a new set of wheels.

Allyn Pierce told KRCR-TV he was trapped by flames at one point as he tried to evacuate himself after saving his patients. He said a bulldozer "came out of nowhere and knocked this flaming truck right next to me," allowing him to escape the devastating blaze.

After his harrowing evacuation ordeal earlier this month, Pierce wrote on Facebook about the damage to his Toyota Tundra, thanking Toyota and writing, "This truck literally saved my life today."

Toyota then chimed in on the original post on both Facebook and Instagram, writing, "Don't worry about your truck, we're honored to get you a new one!"

The automaker reportedly offered to take the charred Tundra -- which still runs despite its damage -- off Pierce's hands so they can display it in their showrooms as a testament to the truck's durability.

A nurse is being offered a new truck after his was scorched while he helped patients get to safety in the midst of the Camp Fire.