'Hardest year of my life:' Vigil held for Cannon Hinnant one year after 5-year-old's death 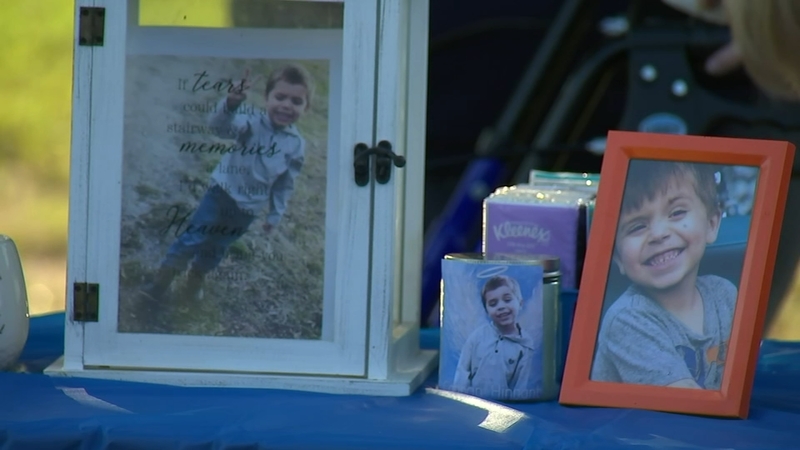 WILSON, N.C. (WTVD) -- A vigil was held in Wilson to honor a 5-year-old boy whose life was cut too short.

A Miracle Field honoring his life was built at that site.

Cannon’s family has donated a canopy to put over this playground and made some of the swings handicapped accessible at this local park as part of their plan to honor his legacy #abc11 @WilsonNC pic.twitter.com/EDtC76oAbr

Cannon's mother Bonny Parker told ABC11 they have donated $287,000 to Noah's Ark Playground to put in a new canopy, blue turf and rides. They also started a nonprofit to help families dealing with gun violence.

"There are a lot of emotions to feel today. I would not have expected a year ago that I would've lost my baby," said Parker. "It's something no mother should have to go through. It's been really hard, it's been the hardest year of my life to adjust to Cannon not being with us."

Bonny said the party is what Cannon would've wanted for "everybody to come together for him. I always say love like Cannon did because Cannon loved everybody no matter color you were, no matter the disability you had."

"I just don't understand why he did it," a neighbor said at the time. "How can you walk up to a little boy, point blank, and put a gun to his head and just shoot him? How could anyone do that?"

Sessoms is charged with murder. He's due back in court in December.