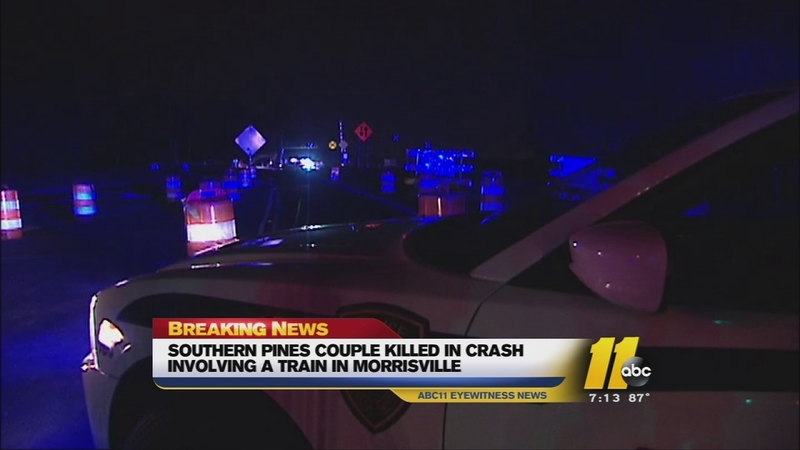 Two people inside the car - Fiona Frances Hudson, 55, and John Burl Hudson,57, of Southern Pines - were killed in the collision around 10 p.m.

The force of the crash pushed the vehicle eastbound toward Morrisville Parkway.

Officials said it appeared the vehicle may have become stuck between the stop arms as the train approached.