'Most fun I've had in a while:' Canes player's dad makes trek to Boston 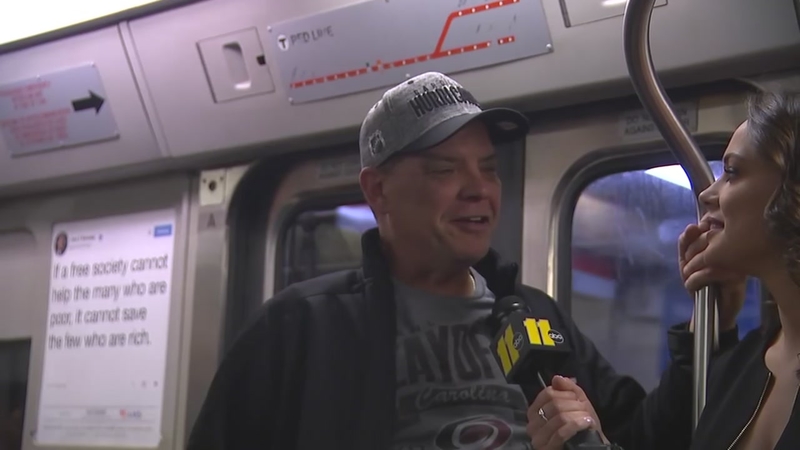 BOSTON (WTVD) -- Jordan Martinook's father, Mark Martinook, is in Boston for just the third time in his life.

The Canadian traveled from Edmonton to see his son play for the Hurricanes in the Eastern Conference Final.

Mark Martinook said he has no words to describe how proud he is of his son. Back in 2012, when Jordan was drafted, the two stayed at their house rather than going to the draft, not expecting anything big.

"He said hockey had broken his heart too many times so he just wanted to stay at the lake," the elder Martinook recalled.

Took these two Canadiens on a ride of Boston’s finest T. That story coming up at 4 on @ABC11_WTVD @NHLStormy @martisdad pic.twitter.com/UkTkyR60ZH

From there, Jordan spent time with the Arizona Coyotes before being traded to the Carolina Hurricanes on May 3, 2018.

Mark admitted he was a little skeptical when his son was traded to the then-struggling Canes.

"We were like, well, maybe they'll be a better team than Arizona, and as everybody can see, they're a better team," he told ABC11.

Martinook has developed a key role for the Canes not only on the ice but off the ice as well.

He's become the face of the selfie video the Hurricanes post to Twitter before and after games.

His dad said this is a very exciting time for their family and they have the whole city of Edmonton rooting for Carolina and Jordan.