Finding assisted living is getting easier, convincing parents is not 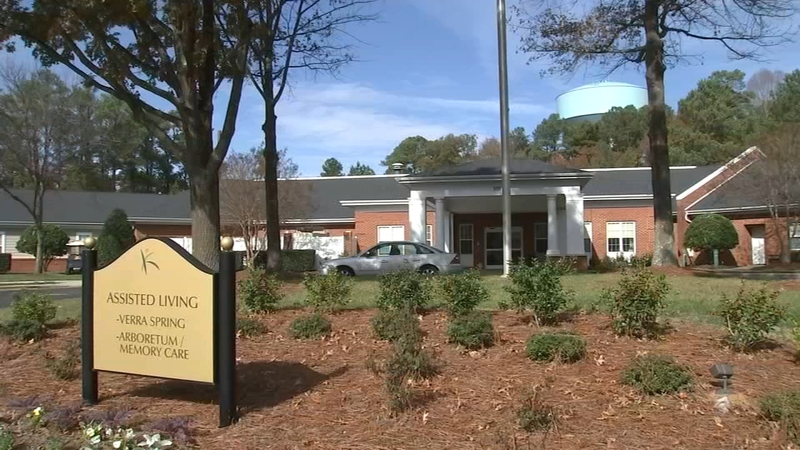 Finding assisted living is getting easier, convincing parents is not

CARY, N.C. (WTVD) -- Peggy and Stephen Melillo have been in love for nearly 75 years and married for 71.

But when the couple reached their 90's and both were diagnosed with dementia, their daughter knew they could no longer stay in their Garner home.

"The loss of independence is really tough," Janet Huffman said, adding, "And I slowly saw things get worse and worse and worse that I felt like, 'I've got to do something. This is just not right. They're my parents.'"

Janet Huffman finally found a place in Cary very close to her home there.

But while she liked Woodland Terrace, her parents weren't keen on the idea of assisted living.

"They were like, 'Well, we don't need this. We're okay.' And my dad, unfortunately, took a terrible spill. And from that point it went downward," Huffman said.

So her dad moved into Woodland Terrace, but that left her mom all alone at their home in Garner.

And while Huffman's mom wanted to be with her husband, she was adamant about not going to assisted living.

Huffman had no choice but to take legal control and force the issue.

It was an emotional journey for her, to say the least.

"To know that they're okay, you don't go to bed at night wondering if something's going to happen and you're going to get that phone call," she said as she fought back tears.

And, in fact, when the meal was over someone else would do the clean-up and all the other household chores.

And, although Huffman's parents still own the house in Garner, she says they are no longer interested in living there.

"Mom will say, 'But Stevie we can't go back there because I can't do the laundry and do all the cooking everything again. This is good. Everything is taken care of.'"

"It's a nice place. I think people are concerned about you," Peggy Melillo said during a visit to their apartment,

Stephen Melillo, her husband, is happy here too.

She feels for others like her who have had to find assisted living for their parents and all those who will in the coming years.

But with aging baby boomers, assisted living centers are beginning to pop up everywhere and finding the right spot is getting easier; providing relief to more and more families.

The same kind of feeling Janet Huffman now has.