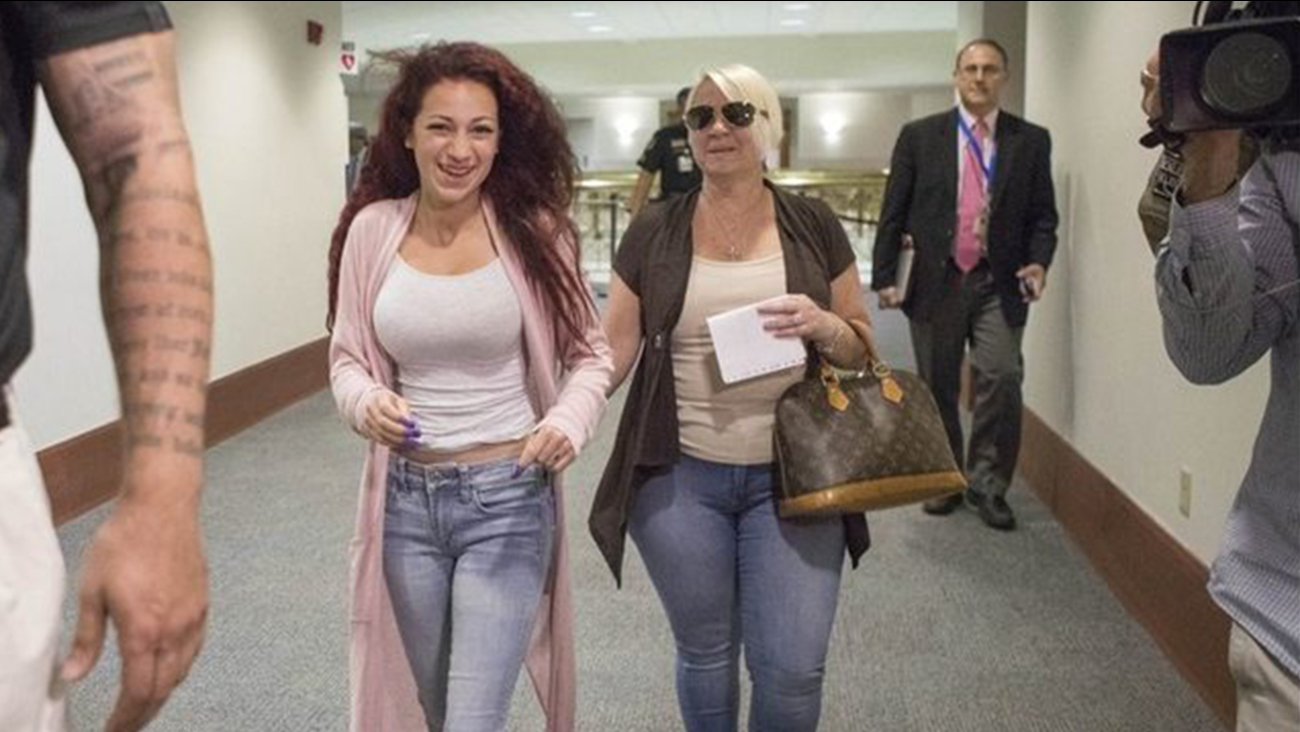 'Cash Me Outside' girl suing gaming company for using her voice and phrase (Credit: WSOC)

FLORIDA -- A company representing a Boynton Beach teenager known for saying "Cash me outside, how bow dah?" to a "Dr. Phil" studio audience is now suing three gaming companies for using her phrase and voice.

WSOC reports, Danielle Bregoli, 14, her mother Barbara Ann Bregoli, and their company, Dani B Holdings LLC, filed a trademark lawsuit Thursday against companies and two individuals who worked to develop and published two mobile applications under Anonymous Games Inc. called "Cash Me Outside" and "How Bout Dat," according to the complaint.

The suit, which was filed in U.S. District Court in South Florida, seeks at least $1 million in damages, asserting that the Bregoli women are entitled to an award of all gross revenue received directly or indirectly from the game.

Barbara Ann appeared on a "Dr. Phil" episode filmed live in September saying, "I want to give up my car-stealing, twerking 13-year-old daughter who tried to frame me for a crime."

Danielle, 13 at the time, said, "Cash me outside, how bow dah?" after the audience made remarks and gestures toward her.

According to the complaint, the phrase means that if the audience wanted to continue mocking her, they could confront her outside and off-camera.

After the episode, her phrase became a cultural phenomenon and the girl and her mother retained business managers who helped them form Dani B Holdings to make money from selling her catchphrase on merchandise, public appearances, television appearances and marketing opportunities.

However, Dani B Holdings LLC didn't file to trademark "Cash me outside, how bow dat?" until May 3, according to the U.S. Patent and Trademark Office's online records.

The complaint says "Cash Me Outside" is an "exceedingly simple and completely unoriginal game" which is free but collects revenue from advertisements and "in-app purchases." The complaint also alleges that the app uses Danielle's voice saying her catchphrase and uses an avatar resembling her.