CDC head warns 2nd wave of COVID-19 could be worse; Birx isn't sure 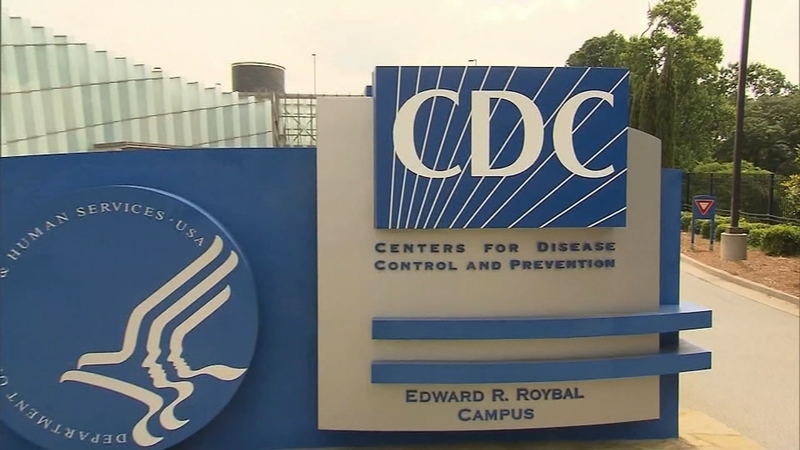 CDC warns of second wave of coronavirus later this year

As some states begin to take steps to reopen, the head of the Centers for Disease Control and Prevention is warning there could be a second wave of COVID-19 later this year, and it could be worse.

In an interview with The Washington Post, CDC director Dr. Robert Redfield said a second wave of the coronavirus could be more difficult than the current strand because it may hit at the same time as the flu starts to ramp up in the fall.

The 1918 Spanish Flu came in three waves over the course of two years. The second wave was the deadliest.

RELATED: Opening Up America Again: Breaking down new guidelines on how to reopen US economy amid coronavirus outbreak
During the daily White House briefing Tuesday on the nation's COVID-19 response, officials were asked about the CDC director's warning.

"We were very clear in the guidelines that we believe we can monitor, again monitor communities at the community level, by using the influenza-like illness and the syndromic respiratory and gastrointestinal components of this particular virus," said Dr. Deborah Birx. "Obviously when we have flu, we're working on an algorithm where you test for flu, and then you test for COVID, and making sure that you're building the testing capacity to be able to do that."

Birx continued saying that on the surface, patients with early flu and early COVID-19 symptoms can look very similar, stressing the need again for testing.

"The president has made it clear that we have the emergency, which we have been working on, the opening up guidelines, and just like he talked about the Phase 4, he has us very much working on the next 60, 90 days and all on with fall, and that's why he hasn't stopped the ventilator orders," she said. "It's very important we have a refreshed and comprehensive stockpile going into the fall."

The doctor was pressed again about the CDC director's warning, asking if she agreed that it would be worse.
"I don't know it will be worse. I think this has been pretty bad," she said. "When you see what has happened in New York, that was very bad. I believe that we'll have early warning signals both from our surveillance that we've been talking about and the vulnerable populations. We're going to continue our surveillance through the fall to give us that early warning signal."

The pandemic has infected over 2.5 million people and killed more than 177,000 around the world, including more than 45,000 in the U.S., according to a tally from Johns Hopkins University.

Here is how Dr. Debbie Birx responded to the CDC director's remarks of a possible second, deadlier wave of COVID-19.