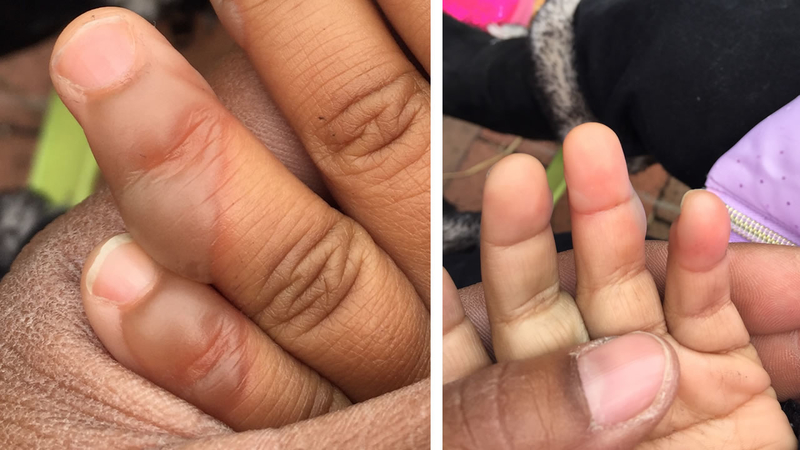 CHAPEL HILL, North Carolina (WTVD) -- A Lumberton child was treated for serious burns at the North Carolina Jaycee Burn Center at UNC in Chapel Hill after her mother said she put her hand in hot grits at her preschool.

Stephanie Womack told ABC11 the accident happened while she was at Southern Avenue Head Start in Fayetteville. Her one-year-old daughter Imani dropped her hand into the bowl sitting on top of a microwave.

Womack said she immediately pulled her daughter's hand out and teachers treated it with cold water and some ice. She then left, thinking her daughter was okay.

But throughout the day, blisters appeared and grew worse over time. Womack says staff at the school never called to let her know, and she had no idea how bad her hand had gotten until she came to pick her up late that afternoon.

By the time she rushed her to the emergency room in their hometown of Lumberton, Womack says doctors had to refer her to UNC's Jaycee Burn Center. She was treated there Tuesday for burns to three fingers on her left hand.

"I thought it was just an accident, she was gonna be fine. But Head Start, I trusted them. I put my faith in them. Had you called me this would've never went this far," said Womack.