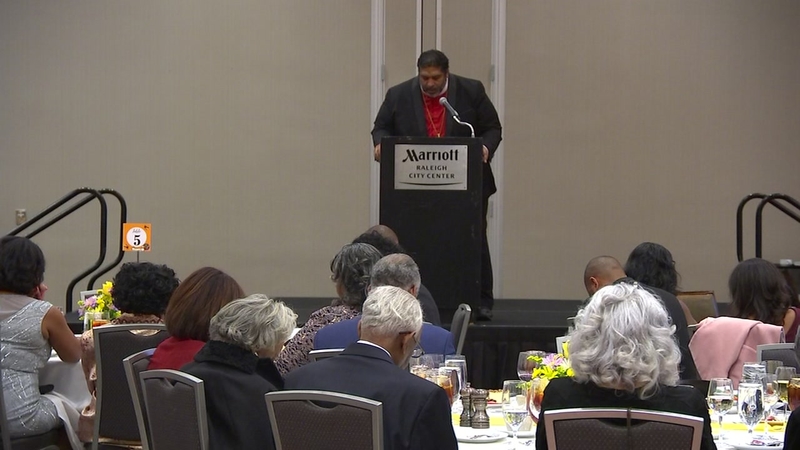 RALEIGH (WTVD) -- Hundreds of people gathered in downtown Raleigh Saturday night to celebrate the 150th anniversary of one of the city's oldest churches.

"Saint Ambrose has always met the needs of the community," said Rev. Robert Jemonde Taylor, who has served as Rector at Saint Ambrose since 2012. "In 1896, when there were no kindergartens in Raleigh for black students, Saint Ambrose started one of only four black kindergartens throughout the state, having 200 students. At that time, we were educating 10 percent of the eligible population in Raleigh."

Rev. Dr. William Barber, the former president of the North Carolina NAACP who is well-known for his Moral Monday rallies, was the featured speaker at Saturday's event.

"The people in this church have a rich history of civil rights, a rich history of standing with the poor. The caravan that went to Washington D.C., the Poor People's Caravan, came through and stayed at the grounds of Saint Ambrose," said Dr. Barber, who also applauded the church's decision to add an altar at eye-level with children.

At the time of its founding, it was one of the city's first African-American churches.

The church has about 400 active members, with nearly half of them regularly attending Sunday services.