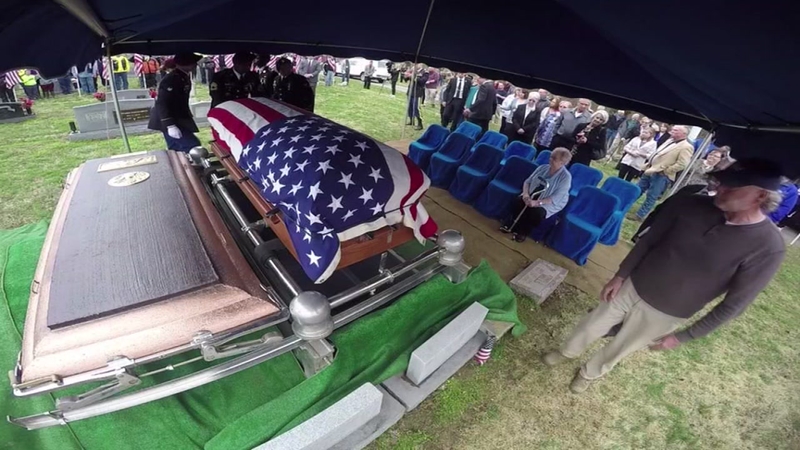 WWII veteran laid to rest next to wife after 75 years

TROY, Ind. (WTVD) -- After 75 years, the remains of a once-missing World War II veteran were returned home to Indiana and laid to rest next to his wife.

On Sept. 18, 1944, a 319th 82nd Airborne Division Artillery Glider crashed in Wyler, Germany behind enemy lines. Mills was one of several soldiers left unaccounted for.

Twelve years ago, Nowy van Hedel took it upon himself to find closure for Mills. Hedel even kept a photo of Mills in his living room as a reminder of the sacrifices of the American military during World War II.

Hedel presented his findings in 2017 to the U.S. military and received a call from Mills' family in January 2019 informing him the remains were identified and would return home.

On March 30, representatives from three 82nd Airborne Division Field Artillery Battalions carried Pfc. Mills to his final resting place in Indiana, next to his wife.