What does the most recent climate change report mean for North Carolina? 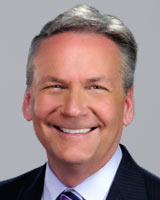 The day after Thanksgiving, the White House released the Fourth National Climate Assessment. Thirteen federal agencies and more than 1,000 people were involved in the report, including some from NC State.

There's no disputing that the earth is getting warmer. Since the Industrial Revolution, global temperatures have risen 1.4 degrees Fahrenheit.

And while the Earth's temperature has fluctuated in the past, scientists agree that the warming we're seeing now is being caused mostly by human activities -- mainly by releasing the heat-trapping gas Carbon Dioxide into the atmosphere.

And we're already feeling the impacts in several ways.

Dr. Walt Robinson is an atmospheric scientist at the North Carolina Climate Office and he says sea levels are definitely rising.

He's read the White House report and says, along the NC coast, climate change is raising sea levels at the rate of two inches per decade.

Away from the coast, we're feeling the effects too. The heaviest rains are getting heavier.

"Those extremes are going to get worse and we see that happening already," he said.

Dr. Robinson says Hurricanes Matthew and Florence, which devastated North Carolina, would have had very heavy rain without climate change, but not as much as the record-setting amounts that fell.

Temperatures are rising here too. 2017 was the warmest year on record in North Carolina and temperatures in the Southeast have increased by about two degrees since 1970.

Dr. Robinson says climate change will not only have an impact on our infrastructure but our health and productivity too.

In a worst climate change scenario, it's estimated labor losses by the year 2090 because of extreme heat could be as high as $155 billion per year nationwide.