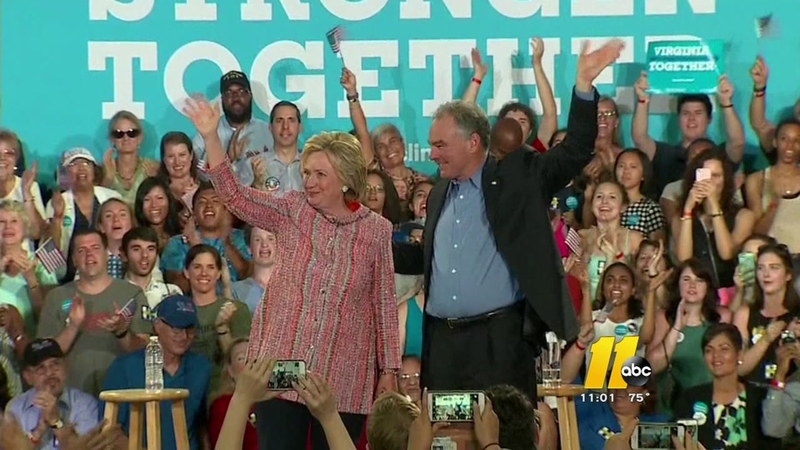 Hillary Clinton says in a text message to supporters that she's picked Virginia Sen. Tim Kaine to join her on the Democratic ticket as their party's nominee for vice president.

RELATED: What you need to know about Tim Kaine

In the message, Clinton says: "I'm thrilled to tell you this first: I've chosen Sen. Tim Kaine as my running mate."

I'm thrilled to announce my running mate, @TimKaine, a man who's devoted his life to fighting for others. -H pic.twitter.com/lTVyfztE5Z

Kaine is expected to join Clinton at a rally in Florida on Saturday.

Just got off the phone with Hillary. I’m honored to be her running mate. Can’t wait to hit the trail tomorrow in Miami!

A favorite since the start of Clinton's search for a running mate, Kaine is a former governor of the battleground state and former mayor of Richmond.

Kaine won election to the Senate four years ago after serving as the chairman of the Democratic National Committee.