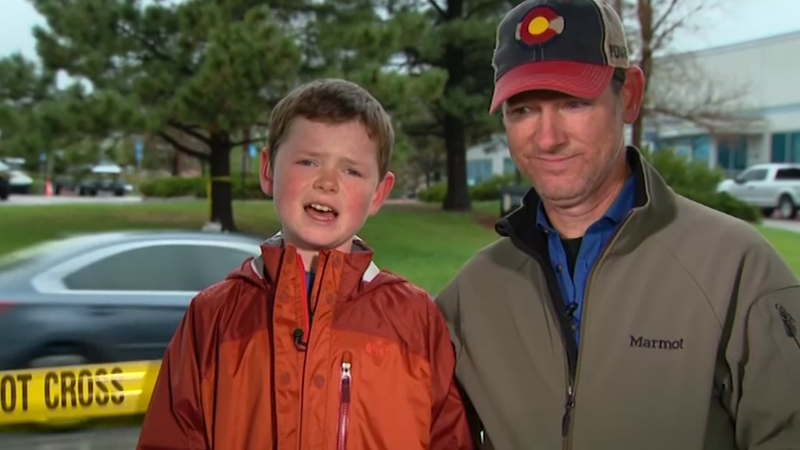 "It was incredibly scary, and the teacher had us hide in the closet," the 12-year-old told CNN.

The student said his teacher made the class hide behind her desk before rushing them into a closet when the gunfire inched closer.

"I have sensitive ears, so they shut out the door and I heard the gunshots and I just kind of froze. And then the siren came on and somebody started cracking a joke, and the teacher told them to shut up and she had us hide behind her desk and when the shooter got closer, she moved us into the closet."

When the shooters were right outside his classroom, Nate said his fear turned to fight.

Nate and his classmates made it out safely, but nine students were not as lucky.

While eight of them were taken to the hospital, 18-year-old Kendrick Castillo died from his injuries.

Parent Fernando Montoya speaks to KMGH-TV after his son was shot three times at a STEM school in suburban Denver.

Approximately 1,850 students are enrolled at the school. The campus is just miles away from Columbine High School, the scene of a 1999 school shooting where two students killed 12 other students and one teacher.