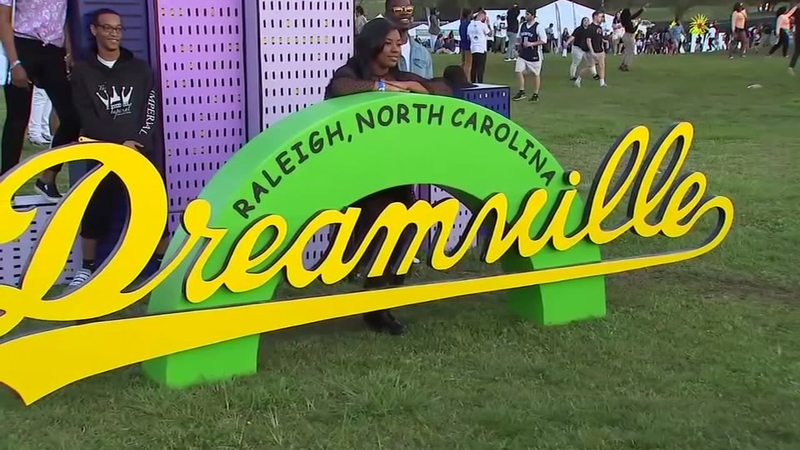 RALEIGH (WTVD) -- The City of Raleigh is still working with organizers to crunch the numbers from Saturday's Dreamville Festival.

Analysts say it's shaping up to be one of the most successful events in city history. Dreamville certainly lived up to its hype.

With ticket sales ranging from $80 - $400, the sold-out festival is one of the largest single-day events in the City of Oaks, according to analysts with Visit Raleigh.

40,000 people packed Dix Park to celebrate some of the best artists and rising stars in hip hop and r&b--including Fayetteville-native and headliner J. Cole.

Visit Raleigh says more than half the people at Dreamville were from out of state.

For perspective, the turnout was so large it nearly rivals the 44,000 average visitors on opening day at the State Fair, according to Visit Raleigh.

Hotels in and around the city felt the impact of the event.

The Sheraton hotel downtown and neighboring Marriott were sold out Saturday, but MaCauly Cacioppo, general manager at Crank Arm Brewing in downtown's warehouse district, says his bar did not see more customers on tap from Dreamville.

"We weren't affected up or down, one way or another," said Cacioppo.

The Pit BBQ on Davie Street, on the other hand, felt Dreamville's impact.

General Manager Dwan Wigfall says foot traffic was not normal. His customers and some of his staff were not at the restaurant Saturday.

"I was at the concert so I enjoyed it," said Wigfall. "I hate that it affected us business-wise here. Friday night and today (Sunday) was busier. But Saturday was definitely slow."