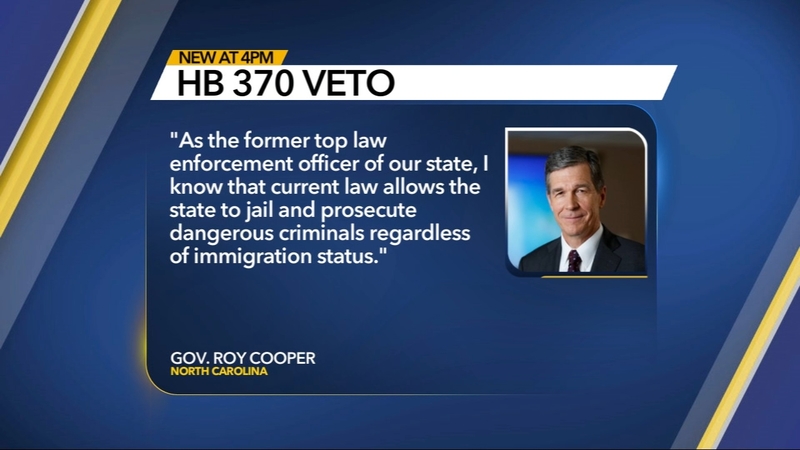 House Bill 370 has been debated for months. It eventually passed North Carolina's General Assembly, but Wednesday, Cooper vetoed the bill.

"Despite Governor Cooper's attempt to distract folks with reckless rhetoric and name calling, the message this veto sends is abundantly clear: He is more concerned about protecting the 'rights' of people in this country illegally who are in jail for committing crimes than he is about protecting the safety of our communities and the citizens that live in them. Instead of signing this common sense bill, Governor Cooper is choosing to side with sheriffs like the Mecklenburg County Sheriff who in June ignored an ICE detainer request on a man in custody for rape and child sex offense charges and released this dangerous individual back into the community. Thankfully ICE tracked down this suspect earlier this month without further incident, but that won't always be the case in these instances. Law enforcement officers have a sworn responsibility to protect their citizens and that includes cooperating with federal authorities. Unlike Governor Cooper who prefers to pander to his far left supporters, we will protect North Carolinians and plan to override his irresponsible veto."