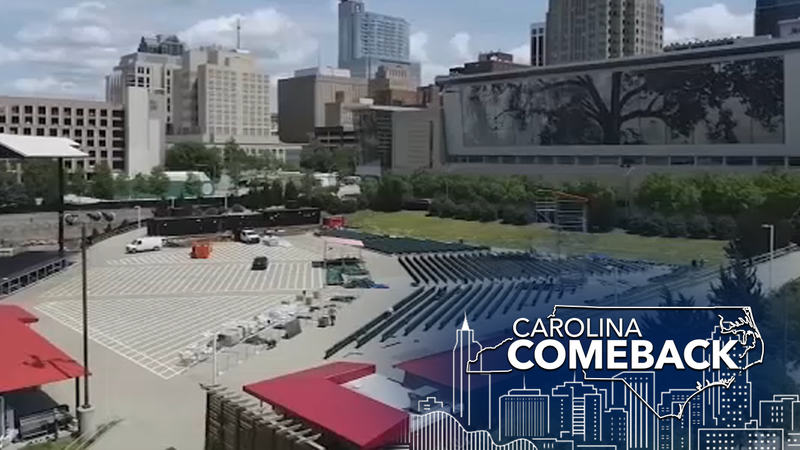 It's been four months since North Carolina has hosted a major Broadway show, concert or convention.

At this point, it's not clear when there will be another one.

But managers of the state's largest venues aren't waiting to plan for reopening.

In fact they're working on it together.

"We have joined 18 North Carolina venues together which represents about 3.3 million guests a year," said Kerry Painter, who manages all of the City of Raleigh's entertainment venues and the convention center.

She is now also the chair of NC LIVE -- a coalition of theatres, convention centers, concert halls and amphitheaters in Raleigh, Durham, Greensboro and Charlotte.

"Together we are creating a North Carolina venue best practice. And it will talk about when reopen what you will see and how we'll do it and how we can unite in doing those things and then spend some time helping the governor know what we do, how we do it."

Since closing in mid-March the venues' staffs have kept busy planning for reopening likely at limited capacity.

Workers have also been making sure there will be no concerns about sanitation when they do reopen.

"We have taken these months to disinfect every corner and crevice that we would have never had time to do with clients coming and going every few hours," Painter said.

They've even made a deal with what's called the Global Biorisk Advisory Council to certify North Carolina venues for sanitation.

And that's key to the confidence of customers.

"We think that's super important because that keeps us all at high level," Painter said.

Painter says right now the audience NC LIVE seeks the most is with the governor and state health officials to pass along what they've learned and accomplished.

And, depending on the limits that are set, a possible move to Phase 3 in August could mean the return of some entertainment.