COVID-19 cases on the rise behind prison walls, leaving those on the outside frustrated

In July, Hensley expressed frustrations with the ABC11 I-Team about her inability to get any answers about her husband's release.

Her husband, Brandon, was sentenced until 2021 but he met most of the criteria to serve the rest of his sentence at home under the state's Extended Limits of Confinement (ELC).

"I'm sitting here crying myself to sleep at night because I don't know if that's going to happen if he gets sick and has a condition that we are unaware of or it attacks his body differently, he's not going to get the medical help that he needs, he's going to die alone," Hensley told ABC11 in July.

"I was just mad, frustrated, you can't do anything, you start to think about all the things that could possibly come of this," she said. "I just imagined him lying there suffering and there's nothing I can do at all."

The number of positive cases within prisons has tripled since July as the state conducted mass testing across all facilities.

This week North Carolina reported more than 4,500 cases and 22 deaths within its state prisons, with nearly 200 positive cases identified this month.

Over the last few months, the state has completed mass testing at all facilities, initiated a testing pilot project and distributed hand sanitizer and cloth masks.

Prison officials report 300 additional people have been released under ELC, bringing the total to nearly 700.

Around 1,500 fewer people are serving inside prisons than in July and overall population is down by 11% compared to November 2019.

Chief Deputy Secretary Tim Moose with the Department of Public Safety said the prison population is at the lowest it has been since the early 2000's.

Despite these efforts, advocates continue to press for state officials to do more.

"It is not acceptable to be telling incarcerated people and their families that they just have to wait. We are several months into this pandemic and experts tell us it could be another year, possibly more, before this pandemic is fully resolved. People's lives are at stake and the state needs to do more to bring the state prison population under control," said Leah Kang, an attorney with ACLU of North Carolina Legal Foundation.

ACLU filed a lawsuit against the state in the spring demanding better living conditions for offenders inside state prisons. Since then, a judge has ordered mass testing and the reduction of transfers between facilities.

"This is not just a matter of the public safety and the lives of incarcerated people, but community health as well. There are prison staff that comes in and out of those prisons every day that return to their families every day," Kang explained. "There are communities surrounding these prisons that are at risk because our state is failing to manage the state prison population."

Officials within NCDPS said they are working diligently and granting release is a manual process that takes time.

Nicole Sullivan, the director of reentry programs, said employees have reviewed 76% of the individuals initially identified to meet the ELC criteria and have about 800 left.

"We are truncating what is normally a nine month process into a matter of weeks," explained Sullivan speaking to the reentry process.

"All of what we are doing now is a very different type of process. It's essentially moving someone to transition to finish the remainder of their sentence in the community while providing a measure of supervision," Moose explained. "It's very different than anything we've ever done and we're trying to do it so it's a lot faster than a normal reentry to post release supervision, so it is very labor intensive."

Sullivan explained reentry isn't just about making sure an individual qualifies, it's also about setting them up with the best resource to succeed, which the pandemic has made more difficult.

"They are getting out in a world that is turned upside down," Sullivan said. "It's already difficult when you have some of the stigma of coming out of prison and then the world is just not normal and then the things you would normally do to help stabilize you, you can't do because you can't get a job, housing is not turning over and become available."

She said around eight percent of the individuals released on ELC have violated the terms.

She also said many of the offenders who qualify for ELC have underlying health conditions and while individuals were able to get care inside facilities, outside of prison connecting with healthcare can be more of a challenge.

"We can keep having folks go into the community but without addressing some of these support issues that are essential to people being in a community and being successful in that process, those things are not being addressed, they are what they are before March, which was lacking then and clearly it is still lacking now," said Sullivan.

Moose said as cases increase across the state the prison system will continue to be as judicious and quick as they can to review cases.

"It is a balance between public safety, carrying out sentences that the courts have imposed as well as trying to balance what's best for that individual person and trying to effect those transitions back into the community in a way where the person has at least some type of opportunity to be successful in a very difficult time," Moose explained.

It's a balancing act that takes time, something that COVID-19 doesn't always respect.

A month after Brandon Hensley said he caught COVID-19, he finally received the good news that his transfer with ELC was approved.

"I can't express it. I can't even express it in words, elation, that I was going to come home seven months early," Brandon Hensley said.

Until his sentence ends in May, he still has criteria to follow including limits to travel and regular check-ins with a probation officer.

"It's similar to what would happen anyway if a guy got out on post release so it's not just like I'm just able to come and go as I please." He explained.

Despite these restrictions, he said he's grateful for this option.

"I feel a lot safer. I feel at ease. I'm not in prison anymore being exposed to that and it's like a huge weight has been lifted off my shoulders," Brandon Hensley explained.

He said his prison regularly checked symptoms, provided masks and separated everyone into cohorts but still there was a lot of fear of contracting the virus.

"There were guys in there that were terrified, a lot of older people. I'd hear people say, 'I don't want to die before I get out of prison,'" he remembered.

He calls finally qualifying for ELC a gift and is excited about reuniting with his family after seven years.

"During the times we're going through, I can't tell you how grateful I am to be with my family," he said. "It means the world to me."
Report a correction or typo
Related topics:
health & fitnessnccoronavirusi teamcovid 19 pandemicprisoncovid 19
Copyright © 2020 WTVD-TV. All Rights Reserved.
PRISON 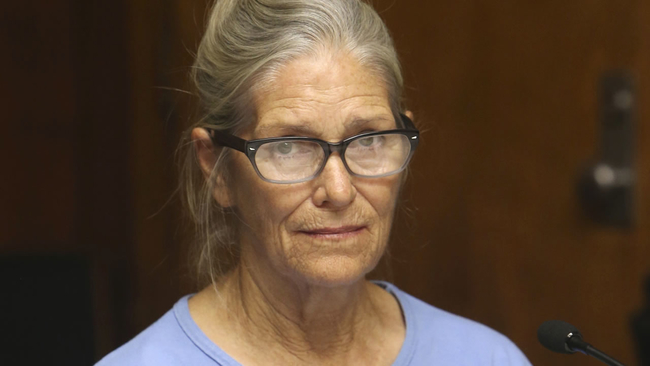 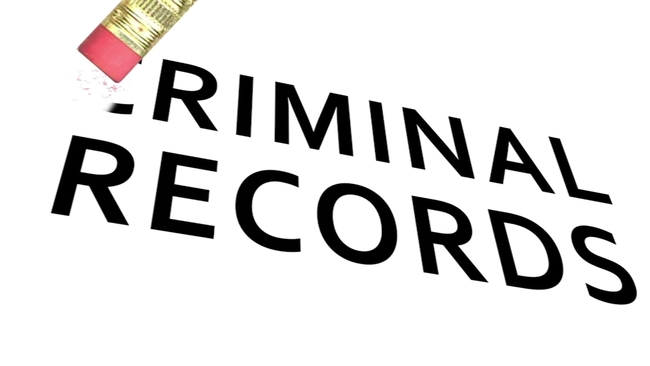 Felons on parole granted right to vote in California