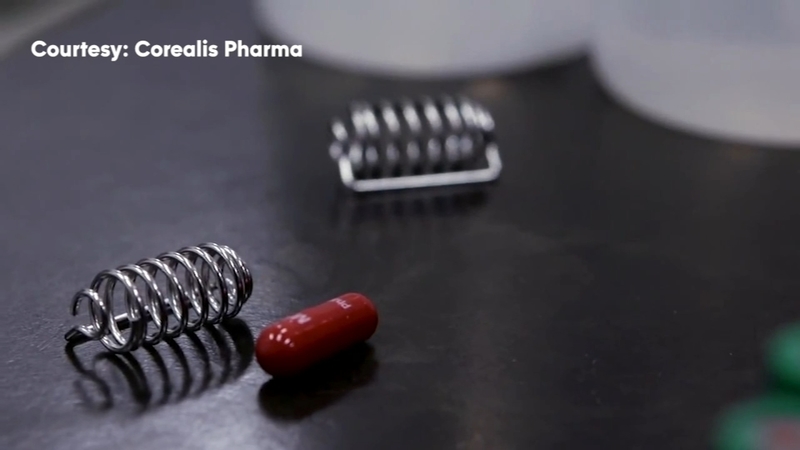 But the vaccine won't help those who are already infected and struggling to survive.

They need an effective treatment.

Executives of a bio-pharma company with a U.S. headquarters based in Raleigh think they have a drug that could prove effective and are ramping up production with the hope of getting FDA approval.

Opaganib is a pill that was around long before the pandemic but the fact that it attacks both viral infection and swelling in the lungs, has its maker optimistic it will become a COVID-19 lifesaver.

"We've all seen some positive developments on the vaccine front, but there really have been no breakthroughs on the treatment front and we could be the first. So we're very excited about that," the chief business officer, Guy Goldberg, said in a Zoom call from Israel, RedHill's European headquarters.

Goldberg recalled the reaction when, early in the pandemic, he and his colleagues heard that the coronavirus caused inflammation in the lungs.

Prior to the pandemic, RedHill had been developing opaganib for oncology applications.

The drug, administered orally in pill form, is both an anti-viral and an anti-inflammatory.

"Almost all the drugs out there that people are trying to develop typically has one single mechanism of action," Goldberg said.

He said it's different from other potential COVID-19 therapies because it attacks on two fronts: "This is unique in that it has both of those mechanisms of action. So we're working both on the cause and the effect of COVID infection, not just on one of them."

When Goldberg and his colleagues realized opaganib, which has the trademarked name Yeliva, could be valuable in the pandemic, RedHill immediately alerted the worldwide medical community.

And now opaganib has been given to some COVID-19 patients as a consensual but unapproved last resort.

"We also have anecdotal evidence that it could have worked in a handful of very sick hospitalized COVID patients who were given the drug on a compassionate-use basis. You're talking about very sick patients who were able to walk out of the hospital," Goldberg said. He acknowledged that the evidence is purely anecdotal.

And that's why the company is conducting two scientific trials simultaneously using opaganib on hospitalized patients.

One in the U.S. The other is a global study.

The hope is that when they are wrapped up in the coming weeks, positive results from both will help get opaganib to patients quickly.

"Together it sets us up for a possible emergency use authorization as early as first quarter of next year," Goldberg said.

He said Redhill is optimistic about the FDA granting that request -- so optimistic it's ramping up production.

"We've signed up multiple manufacturing partners in the United States, Canada and Europe and we have enlisted our US headquarters, which is based in Raleigh, to help manage key aspects of that," Goldberg said.