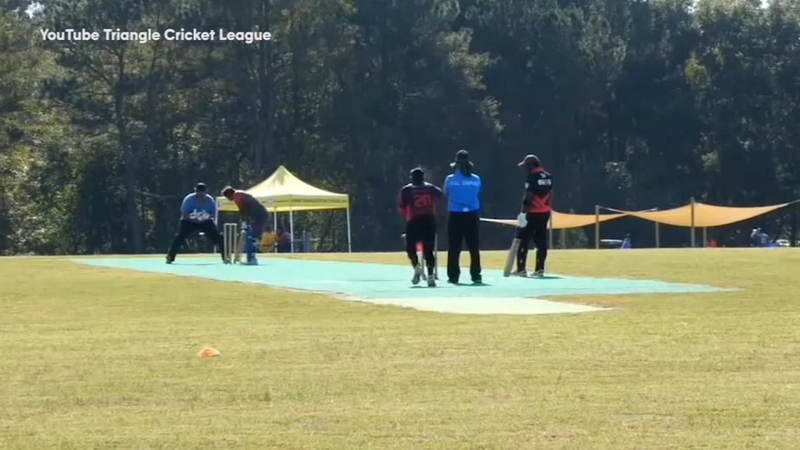 MORRISVILLE, N.C. (WTVD) -- The game of cricket has experienced tremendous growth in central North Carolina. More than 1,800 people play in the Triangle Cricket League and with that growth, the Town of Morrisville is betting big on the sport as an expansion begins at Church Street Park.

"Morrisville has kind of put their name on the map, as far as you know, the cricket mecca of the United States," said Mark Stohlman, Triangle Cricket League player. As the former mayor of Morrisville, Stohlman understands how much of a role the town played in growing the sport during the past decade.

"Morrisville took that opportunity to kind of build on the growth of cricket from the Youth League really and some men leagues and started establishing cricket pitches. We've had tremendous support from the town councils, really for the last 12 years," Stohlman said.

The town is hoping international play may be on the way for the pitch at Church Street Park with a multi-million dollar stadium expansion in the works.

"We're teaming up with Major League Cricket. They're going to invest about $2.5 million," Stohlman said. "It's permanent seating up to about 3,000 spectator seating on a permanent basis. They're also going to improve the training and practice facilities, and also give us state-of-the-art broadcast capabilities, which are all key components to you know, big national or international broadcast."