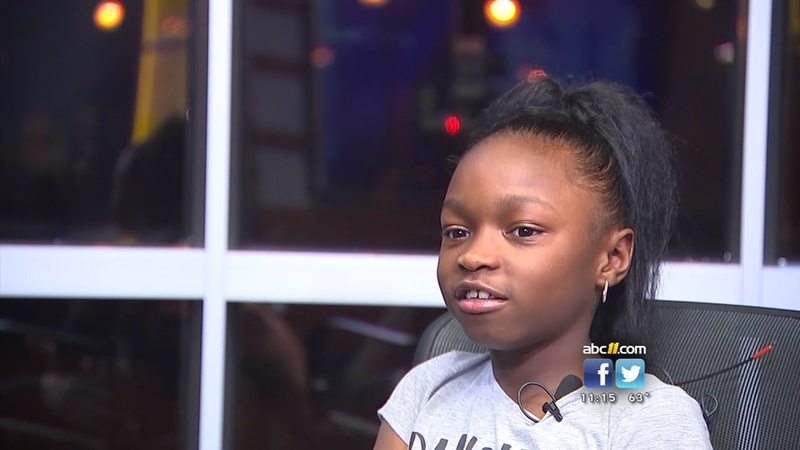 HOPE MILLS, North Carolina (WTVD) -- A Cumberland County teacher is facing criticism after telling her elementary school students that anyone who doesn't stand for the Pledge of Allegiance should leave the country.

The comments aren't sitting well with a mom who serves at Fort Bragg. That mom says the teacher should be reprimanded.

"I am a soldier, but I'm speaking today as a concerned parent," said Jasmine Williams.

The woman told ABC 11 that her daughter, Elaysha, came home one day after school last week and in a conversation about how the school day went, the third-grader at Cumberland Mills Elementary told her mother about an incident involving the music teacher and another student.

"One boy didn't stand up and she said, she said ... if you don't stand up you can get out of our country," recalled 8-year-old Elaysha.

"She wasn't telling me like she was telling on her or tattle- telling," Williams said. "She didn't even know it was wrong. You don't have to stand or sit. Everybody has the right to choose."

Williams was angry at the teacher's statement. She told her daughter what she calls the truth. Williams said people have the right to choose especially since it's a right she fought for as a soldier. She's been active duty for more than 10 years and has been deployed several times.

"I feel like that's why we fight. That's why we're in the war, because of people's freedom of speech," Williams said.

Her daughter stands for the Pledge of Allegiance because that's all she's been taught to do, but Elaysha did not understand the magnitude of the teacher's comments, her mother said.

"She was a grown-up and I thought she knew what she was talking about," Elaysha said.