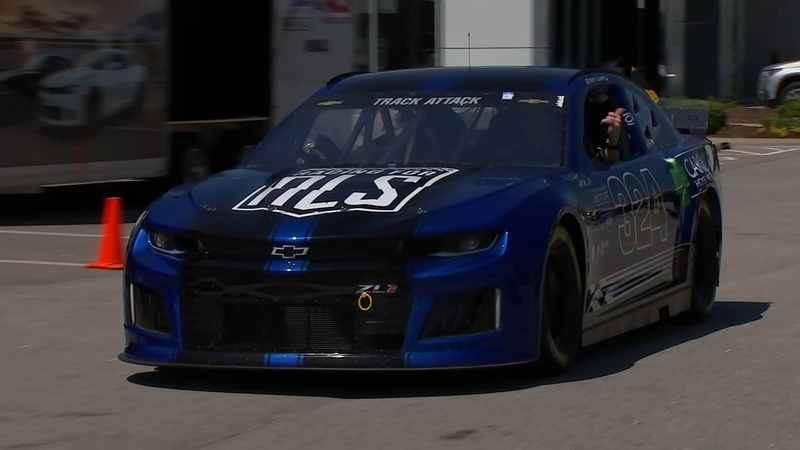 FAYETTEVILLE, N.C. (WTVD) -- David and Scott Lloyd grew up in Fayetteville. The brothers loved Nascar and dreamt of one day owning a race car. That dream was put in the fast lane after David was diagnosed with ALS in October 2017.

ALS, or amyotrophic lateral sclerosis. also known as Lou Gehrig's disease, is a progressive neurodegenerative disease that affects nerve cells in the brain and the spinal cord. Nerve cells break down which reduces functionality in the muscle they supply.

There is no known cause for ALS and there is no cure, but the Lloyd brothers have made it their mission to help fund and find a cure through their nonprofit, Racing For ALS.

"We started Racing For ALS in 2018," David said. "Not long after I was diagnosed, my brother wanted to spend some time together by doing something amazing and so we acquired a couple of really fast cars, and hit road courses as part of high performance driving events. We had a blast, met some amazing like-minded people, and decided to try to parlay our love for horsepower, and on-track experience with fundraising for ALS."

Racing For ALS will host one of its biggest fundraisers of the year, the third annual Dave's Race, on Friday, May 28 at the Virginia International Raceway.

The goal is to raise $100,000. Sales from tickets for spectators or those wishing to take part in a parade on the track in their own vehicle all go towards ALS research.

"We decided to fund, one of the only nonprofit laboratories in the world that are solely focused on finding a cure for ALS," David Lloyd said. "It's called ALS TDI, and we, in turn, are nonprofit so every dollar we collect, whether it be for track day registrations or other fundraising endeavors goes directly to ALS TDI 100% pass through all of our racing operations are funded by a third party benefactor."