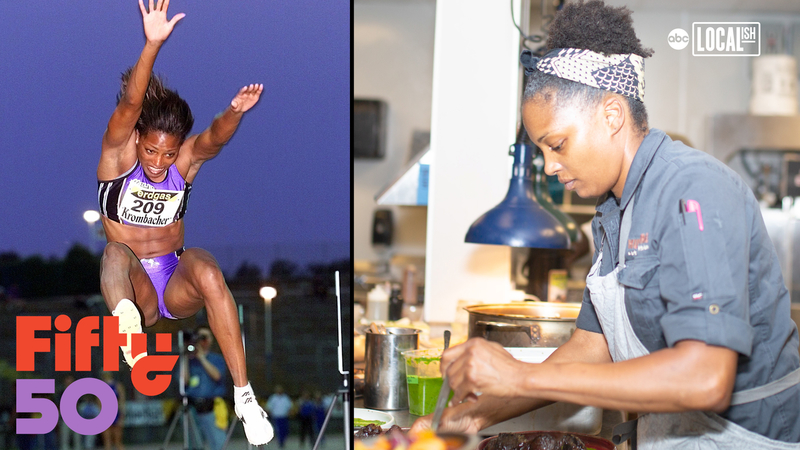 HOUSTON, TEXAS -- ABC Owned Television Stations and ABC's Localish present 50 inspiring stories from around the country for Fifty/50, as part of The Walt Disney Company's monumental initiative highlighting the 50th anniversary of the passing of Title IX, the federal civil rights law that prohibits sex-based discrimination in any educational institution that receives federal funding, and gave women the equal opportunity to play. This story was originally published in April 2021.

Dawn Burrell first made a name for herself as a world-class athlete, competing in the long jump at the 2000 Olympic games in Sydney. Now, shes garnering a world-class reputation in the culinary world.

When an injury ended her career as an athlete, Burrell turned to her other great love: cooking. She enrolled in the Culinary Arts program at the Art Institute of Houston and started a new career as a catering manager. She went on to work at some of Houstons most acclaimed restaurants and became Executive Chef at the modern southern comfort kitchen Kulture. Burrells work at Kulture earned her a James Beard nomination for Best Chef: Texas.
Amid the pandemic, Burrell has started an exciting new adventure in the culinary world. Shes set to open her first independent restaurant, Late August, this summer, as part of Lucilles Hospitality Group, a partnership with renowned chef Chris Williams. Shes also currently competing on season 18 of Bravos competitive cooking show Top Chef.