Lifeguard killed, 7 others injured due to lightning strike on New Jersey beach 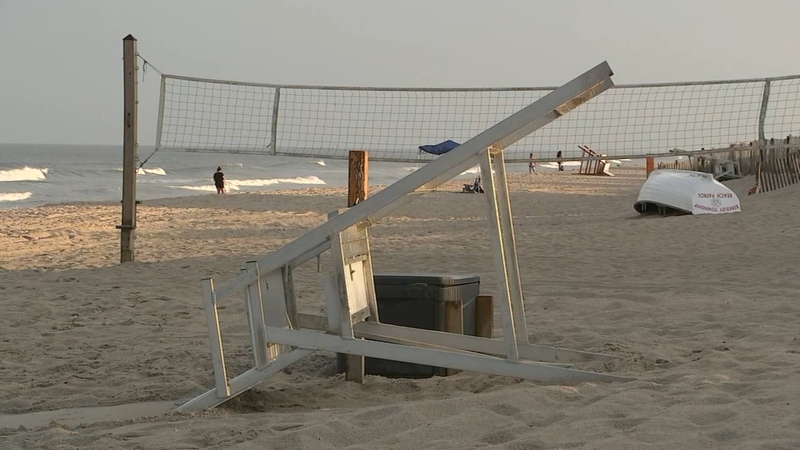 SEASIDE PARK, New Jersey -- A New Jersey lifeguard has died and seven others were injured after being struck by lightning while on the beach Monday afternoon.

New Jersey Governor Phil Murphy confirmed the death, saying in a statement, "Our hearts are with the family and friends of the young lifeguard killed by today's horrific lightning strike on the beach in Berkeley Township, and we pray for a full recovery for those injured."

The Berkeley Township Police Department said four lifeguards and four other beachgoers were struck by lightning. One of the lifeguards died in the incident.

"This young person was out there every day protecting the lives of others. Our lifeguard teams, like so many along the shore, develop special connections with our community throughout the summer, which makes this loss even greater" said Berkeley Township Mayor Carmen Amato.

Police say the seven other victims were transported to area hospitals, but there was no immediate word on their conditions.

The lifeguard who died has not been identified.

This is the second young New Jersey lifeguard who has died in recent weeks. On August 19, Norman Inferrera, a rookie lifeguard in Cape May, was rowing a lifeguard boat when a wave knocked him unconscious. He died at the hospital days after the accident.