Delta sends plane to pick up 41 students stranded in airport 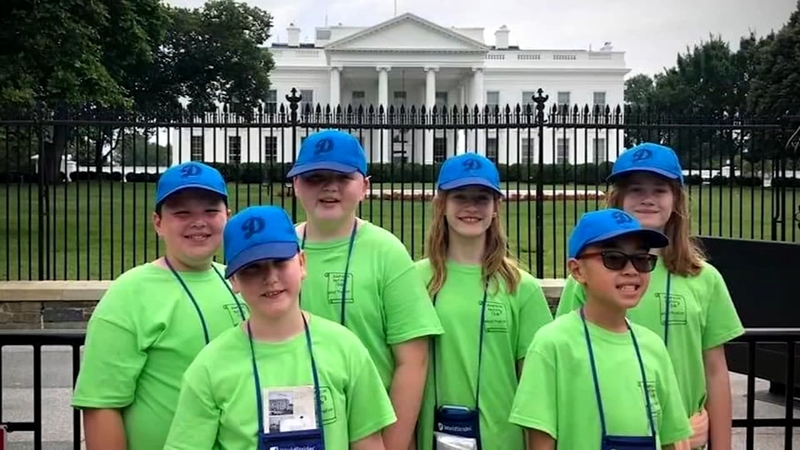 Delta sends plane to pick up 41 students stranded in airport

OKLAHOMA CITY, Okla. -- A major airline stepped in and saved the day when some fifth graders became stranded at the Will Rogers World Airport in Oklahoma City, KOCO reports.

A group of 41 students and chaperones were traveling to Richmond, Va., from Oklahoma City. Their flight on another carrier was canceled early Sunday morning and they said there was no option to get there for the rest of the day.

@Delta THANK YOU for getting this group of 5th graders out of OKC and onto Richmond Virginia on a private flight when @AmericanAir wanted to leave us stranded! Most amazing corporation to work with at 3:00am. #flyDelta pic.twitter.com/plDwghRusI

When Delta Air Lines agents heard about the situation, they contacted the company's headquarters in Atlanta, and they were able to fly a spare aircraft to Oklahoma City to fly the group directly to Richmond.

"When we heard about this group of students booked on another airline that were stuck in Oklahoma City, there wasn't even a consideration given to not making an effort in finding a solution," said Jeff Trainer, who Delta said approved the aircraft reassignment that made the special flight possible. "We operate on a simple philosophy - do what's right, no matter the specifics at hand. When we see people in a bind, we don't see customers of one airline or another - we see people. We're here to help everyone we can. That's what makes moments like these possible."
Report a correction or typo
Related topics:
travelairport newstravelfield tripu.s. & worlddeltafeel goodstudents
Copyright © 2021 WTVD-TV. All Rights Reserved.
TOP STORIES
'It's crazy': Wolfpack fans ecstatic after upset of No. 9 Clemson
3 people dead after Amtrak train derails in Montana
UNC brutalized by Georgia Tech defense, running game in 45-22 loss
Local Haitians react to treatment of migrants flown back to the island
Vigil marks third anniversary of Durham man's murder
'The curse is broken': Pack beats No. 9 Clemson in OT thriller 27-21
Show More
Man seriously injured in shooting near Duke University Hospital
Bikers in Durham stand up against child abuse
Holmberg accounts for five TDs as Duke roars past Kansas, 52-33
North Carolina Central falls to rival NC A&T 37-14
Report uncovers how 6-year-old died on amusement park ride
More TOP STORIES News