Disney kicks off Ultimate Toy Drive with $500,000 donation to Toys for Tots

Join the Ultimate Toy Drive now through Dec. 14 by donating a toy online at shopDisney.com.
WTVD 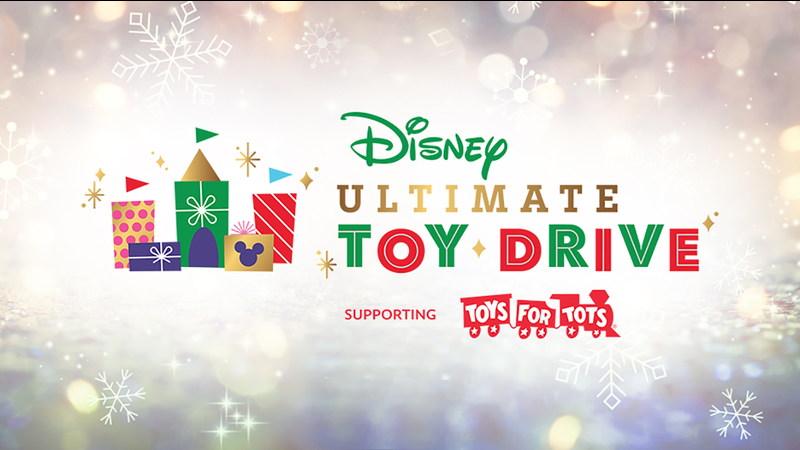 Disney kicks off Ultimate Toy Drive with $500,000 to Toys for Tots

ORLANDO -- Christmas is upon us, but Santa isn't the only one putting presents under the tree: Disney kicked off its annual Ultimate Toy Drive campaign with a $500,000 donation to the U.S. Marine Corp Reserve's Toys for Tots Foundation.

For more than 70 years, The Walt Disney Company has supported Toys for Tots to bring comfort, happiness and inspiration to children and families in need during the holiday season.

"Good Morning America" visited Marines and other Toys for Tots volunteers in the Orlando, Florida, community who work around the clock to spread the holiday spirit. Disney celebrated their selfless work with a gift of their own: two tickets each to Walt Disney World.

Ever since he enlisted 15 years ago, Ssgt. Ash Jacques has volunteered for the Toys for Tots program.

"The children that we're serving don't wake up on Christmas morning and think Santa forgot about them," he said.

Toys for Tots has distributed more than 500 million toys to families in need since 1947.

The foundation has always been surrounded by magic: Just a year after launching, Walt Disney gave his support to the program.

"Disneyland in California was actually the only drop location for toys in the very early days," Jacques said.

He thanked Disney for the $500,000 donation and said it will help "a lot of less fortunate kids throughout the country."

"Without the support of organizations like yourself, we couldn't make this possible," Jacques said.

Join the Ultimate Toy Drive now through Dec. 14, 2021, by donating a toy online at shopDisney.com or a new, unwrapped in-person at Downtown Disney District at Disneyland Resort or Disney Springs at Walt Disney World.

And use the hashtag #DisneyUltimateToyDrive this holiday season and inspire hope where it's needed the most.