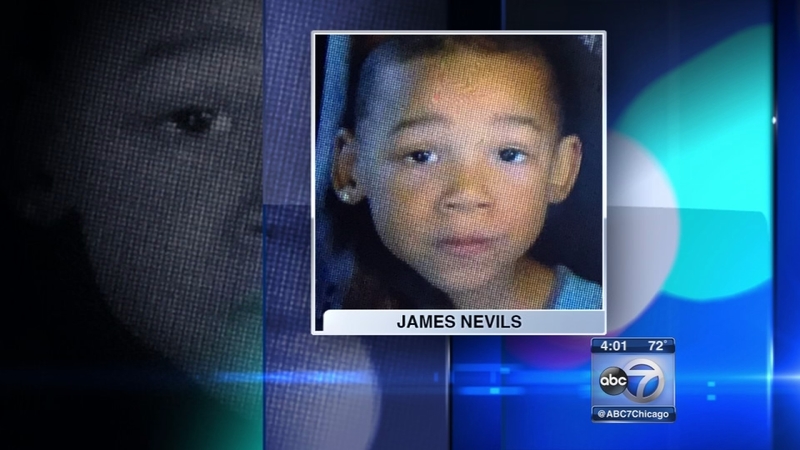 CHICAGO -- A 5-year-old boy was killed by a dog on Chicago's South Side Monday night. Several witnesses intervened, eventually killing the pit bull that just wouldn't let go of the child.

The Cook County medical examiner identified the victim as James W. Nevils III, of the 8000-block of South Escabana Avenue. James was visiting the Gresham home in the 8900-block of South Carpenter Street Monday when he was mauled. The dog lived at the home, neighbors said.

"I can't get past that thought. My grandson suffering. That hurts me more than anything else," James Nevils, the boy's grandfather, said.

The boy, affectionately called "Pudgy" by his family, was a "very outgoing little boy. Very loving and kind. He's a real character. A lot like his father. A lot like myself," Nevils said.

Neighbors said they heard the screaming for help around 9:30 p.m. Monday.

"I hear someone yelling, 'He has my baby! Somebody please help me!' When I looked, I thought someone was fighting. When I looked closer, the dog had the child by the neck and shoulder," said Bianca White, who lives nearby.

Two men ran over and started beating the dog in an attempt to get it to let go of the boy, neighbors said. It worked, briefly, but the dog then went after the child again.

"They started stabbing it. They threw rocks at it. They dropped this big rock on it. They didn't wait for the dog to turn around and attack them. They just started attacking it," White said.

James was unresponsive when the ambulance arrived. Emergency responders rushed him to Advocate Christ Medical Center in Oak Lawn, where he later died. An autopsy determined the boy died of multiple sharp and blunt force injuries to the head and neck. His death was ruled an accident.

"Their animal took my young grandson's life. And that's something I can never get back," Nevils said.

Lewis' brother, Lamar, 19, said the dog's owner was not there when the attack occurred and returned only after the dog was dead and James was on his way to the hospital.

"All I heard was, 'Why y'all let the dog out?' Because he knew what kind of dog he had. So them letting the dog out, he knew what was possible to happen," Lamar Lewis said.