Abandoned baby giraffe watched over by dog in South Africa 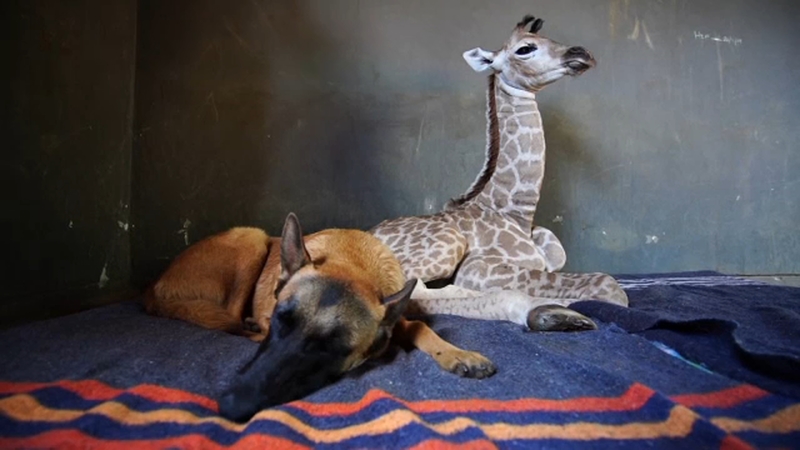 SOUTH AFRICA -- A dog and a baby giraffe became unlikely friends at The Rhino Orphanage in Limpopo Province, South Africa.

Jazz, who was just 2 days old when he arrived at orphanage, was rescued after being discovered by a farmer.

"They brought in this little giraffe, he was about 2 days old when he came in. He was very weak, his mother had left him alone, so we had to put him onto IV fluids and yes he is doing a lot better now," said orphanage caretaker, Janie Van Heerden. "Hunter's 'human' rescued Jazz and has been nursing him back to health all under Hunter's watchful eye."

Van Heerdan says Jazz was put on IV fluids to build up his strength and is now recovering under the watchful eye of his friend and protector, Hunter the dog.