New permits, old fears at site of worst Raleigh fire in a century 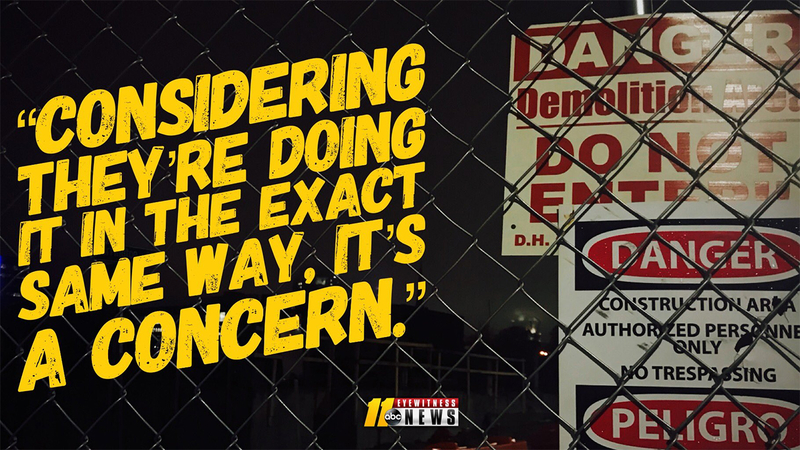 RALEIGH, North Carolina (WTVD) -- A high-rise construction project that burned to the ground in downtown Raleigh will rise again.

Building permits have been filed to begin rebuilding the Metropolitan Apartments, which caught fire March 16 while under construction on Jones Street.

It's been nearly eight months since the city's worst fire in a century forced Jason McGuigan to rebuild his life.

"I lost just about everything as far as possessions, furniture, things of that nature," he said.

McGuigan's old apartment in the Quorum Center, the high-rise condominiums across the street from the burning construction site fire, was one of dozens heavily damaged by the flames, smoke and water damage triggered by the blaze a few feet away.

McGuigan moved into a nearby apartment building and moved out of the Quorum where renovations have been slow because of contractor and insurance company delays.

"It's very surprising, (The Quorum) still looks pretty terrible," he said. "It's unfortunate you drive down Capital Boulevard and the big thing that you see is just this burnt-out building."

Presumably, the construction will be framed in wood again.

"Considering if they are doing it in the exact same way, it's a concern," McGuigan said.

ABC11 called the Chicago-based developer, Bill Henry to talk about the project and the building materials he planned to use. The calls were not returned.

But in a conversation last March, two days after the fire, Henry told ABC11 that wood-frame construction is a standard used throughout the country.

"So the building was at a very vulnerable stage (of construction). It was just bad luck," Henry said.

McGuigan who now lives about a block away rather than across the street, still has concerns.

"I'm sure they'll up security and I'm sure there'll be other prevention aspects at play. But it doesn't really make me feel great knowing that sort of thing is right next to so many residences," he said.

It's still unclear when construction will resume - but it was slated to take a year and a half to build.