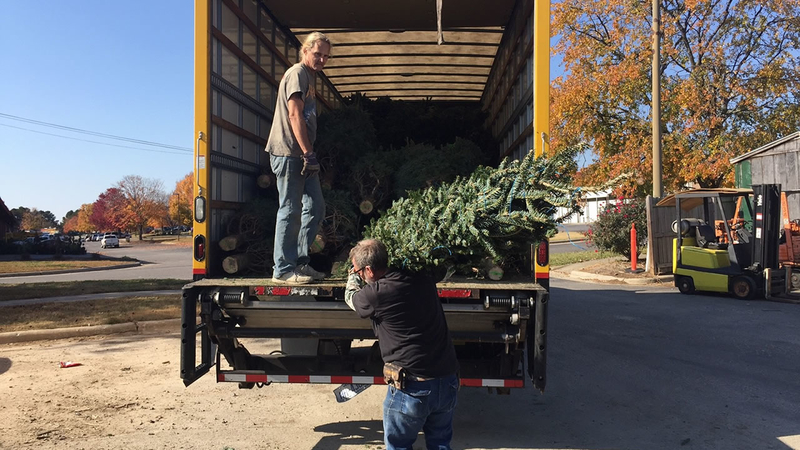 RALEIGH (WTVD) -- Julian Howell and his crew loaded Christmas trees by the truckloads Wednesday morning at the NC State Farmers Market to ship to retailers across the state.

Howell Brothers Farms operates out of Sparta, North Carolina, about 160 miles from the Party Rock Fire near Lake Lure.

It is one of fifteen wildfires now burning in the western part of the state.

Parts of North Carolina now face moderate to exceptional drought, something that is not easy to plan for for farmers like Howell.

"You can irrigate row crops or pumpkins, but it's really hard to do trees. They're on the sides of mountains," he said. "There is some concern about the drought spreading and worsening as we go along, and we certainly hope the fires don't spread," he explained.

Howell said he is not concerned about this year's harvest, but he and other farmers worry that future tree sales in North Carolina could be at risk.

"I think the trees are in good shape, and there's no real problem for this year, but it might affect coming years if we have fires or further drought," he said.

His recent harvest includes trees as old as 18 years which have survived a drought before.

He said most of the trees in North Carolina got plenty of water through spring and early summer.

To tell if a tree is too dry, Howell says to simply pull back its needles.