Been there, pun that: Durham humorists behind pun championship honor comedy's throwaway quips

WTVD
By Ryan Bisesi
DURHAM, N.C. (WTVD) -- "You hear about the manicurist who married the dentist? It didn't work out, they just fought tooth and nail."

Comedy's central goal is to always leave 'em laughing. Tom Campbell and George Gopen, founders of the Great Durham Pun Championship, know that and that's why they end a recent conversation with ABC11 on a high note.

The ninth Durham Pun Championship went off in front of a standing-room-only crowd at Motorco Music Hall. It's an event that caters to the Bull City's quirky, eclectic aesthetic side that partly comes from being in one of the most educated areas in the country.

Gopen, a retired former professor at Duke, and Campbell, former owner of The Regulator Bookstore on Ninth Street are the grown-ups in the room, but they encourage all the silliness. There are 24 contestants, who are seeded and face-off two at a time on stage. Gopen, the judge, announces a topic and each player has 10 seconds to come up with a pun. The rounds continue until there's a winner.

You've got to be quick and to the point. No "pun-tificating."

Tickets sold out in days this year, as the competition has grown bigger each year.

"We had the first one at the bookstore and it was mobbed," Campbell said. "People had a great time. We felt that we needed a bigger venue and we moved it to Motorco since then and that's been a great space."

It's not all about them, but some of it kind of is. You can see how they created the event. Gopen is a 35-year college professor, has a law degree and a Ph.D. in English, but his shirt was untucked, literally and figuratively, when we talked to him.

Gopen wears a neon pink graduation robe to the championship. (His stetson hat he used to wear doesn't fit anymore. He says his head's gotten too big with the success of the event.) It's what he wore to his Harvard University graduation in the 1970s.

"It looks about ridiculous together as possible," Gopen said. "It's the essence of pun. A pun is a juxtaposition of two unlike uses of the same word or sound. That is the foundation of all of humor."

Sometimes delightful, sometimes groan-inducing, always surprising, puns are often still used as a nod to the absurd in comedy pieces and, if played right, are improvisational splendors used to impress on dates. Today, they also work as "Dad jokes."

But they're still jokes. And important enough to get their own night.

Gopen (or Gopun to the punificent) sees puns as a delightful juxtaposition of the malleability of language and maybe more of a challenging mental exercise than people realize. He estimates he's come up with about 145 categories for the contest.

You definitely have to approach things in a different light. Gopen said comedy duos like Abbott and Costello and Laurel and Hardy work in part because they're opposites. Puns are sometimes seen as throwaway gags, but there's a science to it worth exploring.

"The tall and thin and short and stocky put next to each other is somehow amusing because the brain, somehow being contextualized by one, finds the new one violating expectation and that's where pun comes from."

"It is the hardest night of work I have in the year," Gopen said. "Preparation is difficult. Making up a category for the punsters is extremely difficult. It's got to be broad enough so there are enough answers that they could reach by thinking more, but narrow enough that it's a challenge by the fourth or fifth pun." 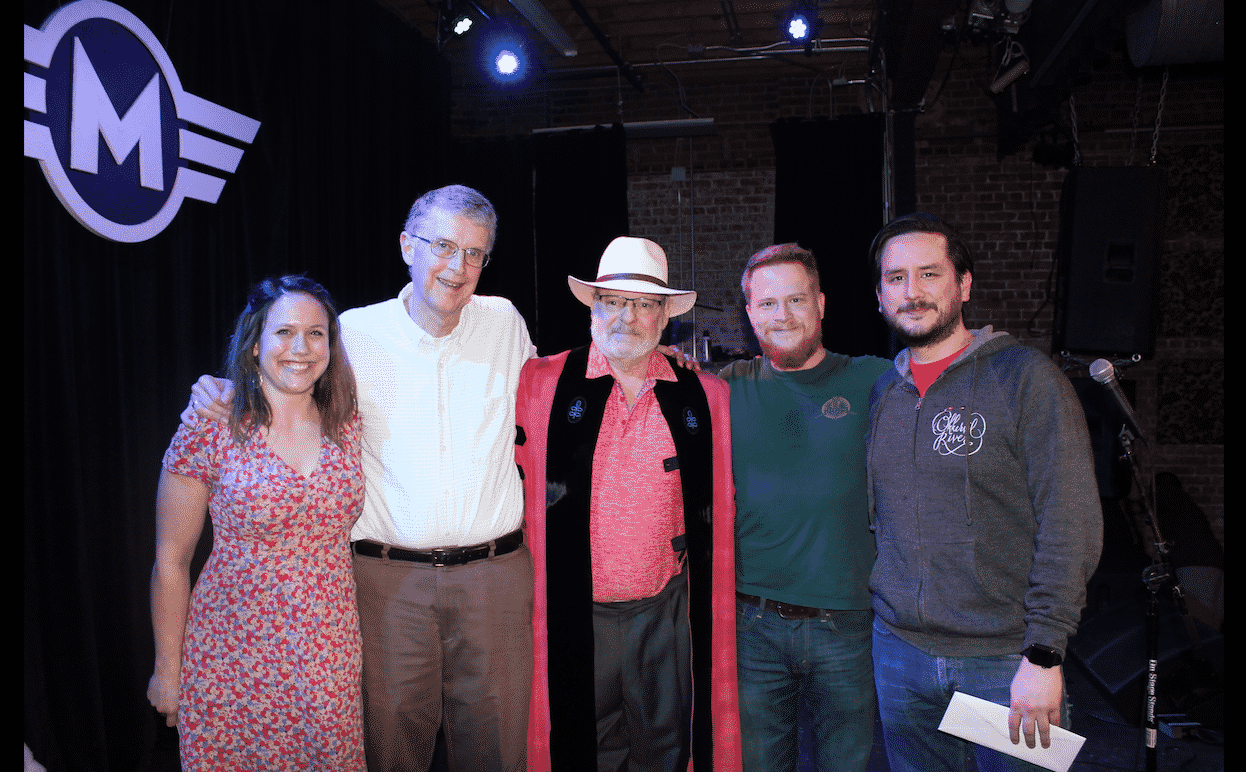 Gopen. a certified punster himself, once engaged in a year-long pun battle with a college roommate. He laid the hammer down with a quip he still talks about today.

"He was so brilliant it was very difficult to stop him in his tracks," Gopen said. "But one day I did. We were discussing his treatment of his girlfriend. The puns were on condiments. You'd say 'we'll I bet she doesn't relish that.' And the relish became ketchup and became mustard...and it heightened. And then finally I just laid him waste by the double pun. I said 'if you do not start treating her better, she will write you a dijon letter saying 'poupon' you.'"

Prizes include a stuffed dog (a testament to their dogged determination), a stuffed bear (since coming so close can be hard to bare) and the first place winner gets a plush alien doll (they're obviously out-of-this-world).

"It's an evening of good, clean fun for grown-ups," Campbell said. "People like to go out and laugh at silly things."

A night of pun and games, if you will.

When the fun begins, it's rapid-fire improvisation.

Here are a few pun entries in the "stores" category:

"Equal parts proud and embarrassing," Morain said of winning again. "This is something my brain doesn't let me stop doing anyway. It's kind of whatever's happening here just on stage for people's entertainment. I kind of wish I could hit a home run but these are the cards I'm dealt with so I'll do what I can."
Report a correction or typo
Related topics:
durhameventsfun stuffcommunity
Copyright © 2020 WTVD-TV. All Rights Reserved.
More Videos
From CNN Newsource affiliates
TOP STORIES