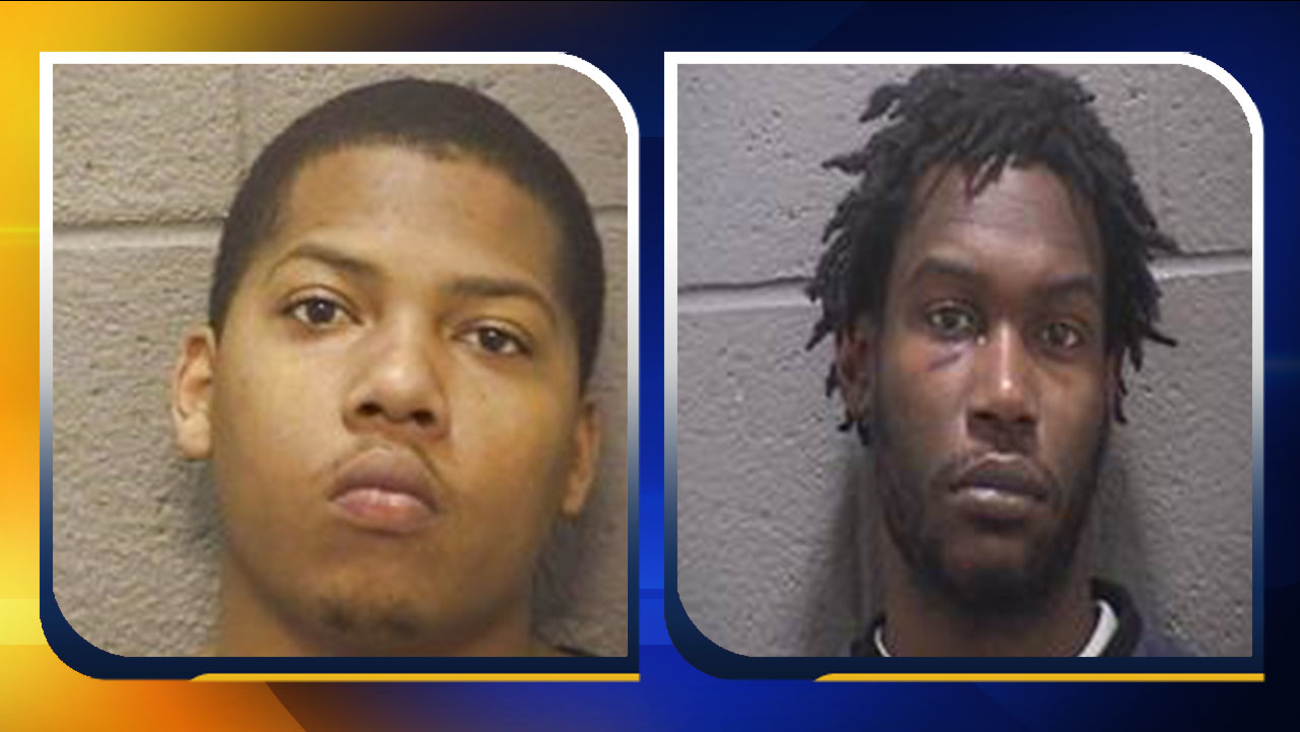 DURHAM, North Carolina (WTVD) -- Two men have been charged in connection with a shooting earlier Wednesday on Laymans Chapel Road in northern Durham.

The incident happened shortly after 10 a.m. in the 4500 block of Laymans Chapel Road, near Roxboro Road.

According to authorities, a 28-year-old resident said two men entered his home and shot him. He was apparently able to return fire and strike two men.

It happened shortly after 10 a.m. in the 4500 block of Laymans Chapel Road, near Roxboro Road.

Atwater was treated at Duke Regional Hospital for his injuries and released. He has been taken to the Durham County Jail.

Williams was transferred to Duke University Hospital, where he remains hospitalized.

The resident of the home was taken to Duke University Hospital for treatment of serious injuries.

Anyone with additional information on this case is asked to call Investigator K. Owens at (919) 560-4440, ext. 29365 or CrimeStoppers at (919) 683-1200. CrimeStoppers pays cash rewards for information leading to arrests in felony cases and callers never have to identify themselves.