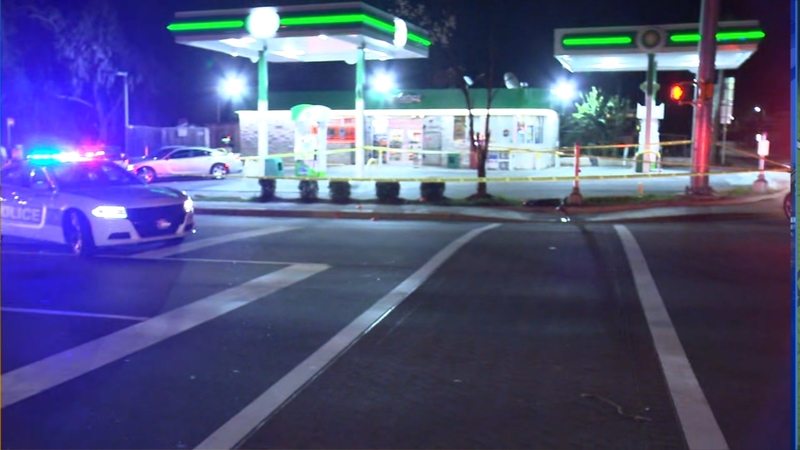 Man on scooter shot near BP gas station in Durham

The shootings do not appear to be related. They also don't appear to be random, police said Wednesday as the Bull City continues to see a surge in violent crime.

The first shooting was reported shortly before 9:15 p.m. when an officer was flagged down on Alston Avenue and told that someone had been shot.

Both occupants, a man and a teenage boy had been shot and were taken to a hospital. The man died at the hospital a short time later. The teenager was stable on Wednesday morning, DPD said.

Initial reports indicated that the shooting victim had been riding a scooter near a BP gas station at the corner of Holloway Street and Alston Avenue.

But Wednesday, DPD said Investigators believe the victims were shot by a man on the scooter who then fled before officers arrived.

An electric scooter was seen lying on the sidewalk Tuesday night as Durham police officers descended on the scene.

Officers said they believe the victims drove a few blocks from the scene before crashing.

The shooting remains under investigation. No arrests have been made.

The fatal shootings came a day after Durham Mayor Elaine O'Neal discussed the surge in gun violence in the Bull City.

Durham residents say they are weary of the senseless violence and hope for solutions.