'I am not God. I can't stop this': Durham mayor talks violent crime after 9 people shot, 3 killed 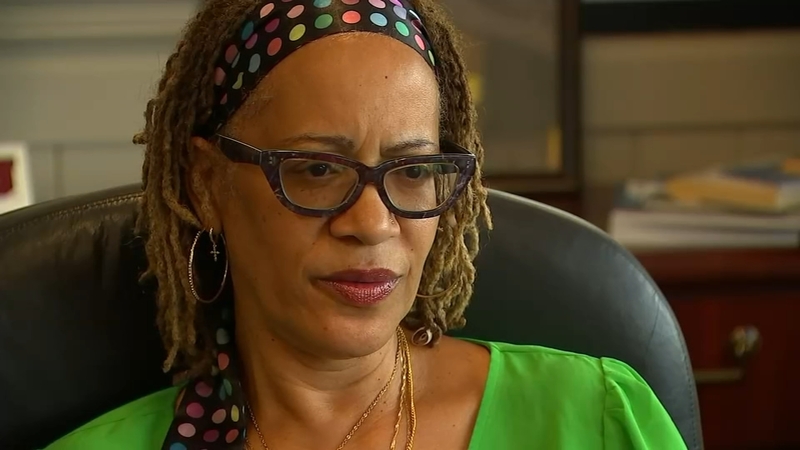 DURHAM, N.C. (WTVD) -- Durham Mayor Elaine O'Neal has said previously she does not want to talk to reporters about crime but rather discuss the pressing issue with the communities directly affected by it.

ABC11 asked O'Neal why is she coming forward to talk now, and specifically what the city is doing to address crime.

"I am not God -- I can't stop that. But what I can do as a mayor is to do what I am doing and that is do things differently because of my background. And also to make sure that we take a look at systemic causes in a different way, and we hope to be able to provide and help to provide a quality of life for folk so they can make some different decisions," O'Neal said.

O'Neal is preparing for her first State of the City address and knows there are big problems to tackle.

Brutal violence has taken place in the Bull City during the past few days.

O'Neal said she's not yet had a conversation with Durham Police Chief Patrice Andrews and is trying to give Durham's top cop some space to digest, but says she is deeply concerned over what's been happening.

"The weekend that we had is always distressing when you have any murder. But to have three -- to have 10 shootings. My heart is heavy. If you can sleep at night, then I wonder," O'Neal said.

DPD said Andrews was not available for comment Monday.

Meanwhile, Durham County Sheriff Clarence Birkhead announced a $5,000 reward for information after two of his deputies were shot at while in an unmarked vehicle.

It happened Saturday while they were conducting an investigation in the area of Dearborn Drive and Keystone Place.

The suspects are still on the run.

Also Monday, Durham Police shared the names of two of the people shot dead this weekend.

Daniel Slack is the man that police found shot to death off Auto Drive near Luna Night Club.

Two other people were shot there. They'll be OK.

The other two victims shot are expected to survive.

On Friday, police arrested and charged a woman for shooting and injuring another woman outside a Sheetz convenience store on North Duke Street.

The day before, investigators arrested a man they say shot two people, killing one of them, just before a police standoff at an apartment complex off Avon Lake Drive.

None of these shootings were random, authorities said.

O'Neal said there isn't a definitive plan at this point to tackle violent crime.

"It takes a lot of people to get it done," O'Neal said. "It takes a small army to go into different neighborhoods and work with our kids, our young folk. You can't do that as the mayor."

The mayor said that for the past four or five months, along with other government officials, she's been meeting with reformers and trying to get down to the root problem.

O'Neal said that evolving circumstances are allowing her to share more on what's fueling crime.

"What we found when we're talking to a lot of these young people is they're lacking two basic things -- housing and jobs. It's nothing new, but it's gotten worse," she said.

O'Neal is planning to discuss affordable housing at her upcoming address.

He added, though, it's been difficult watching gun violence increase.

O'Neal is challenging residents to come up with ideas and be a part of the solution.