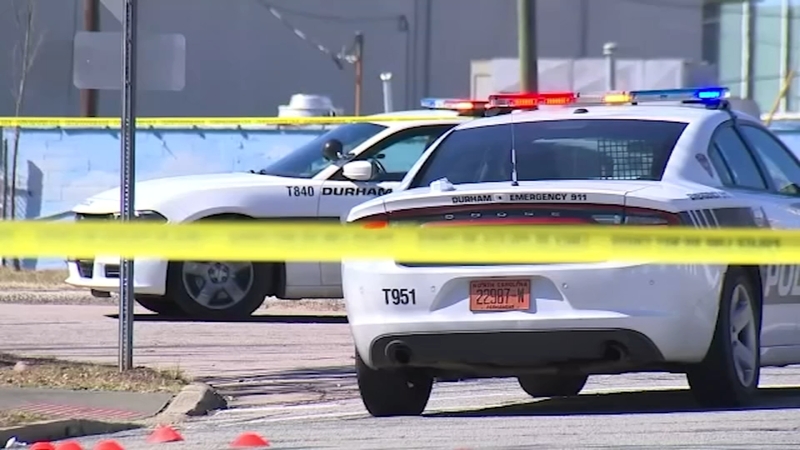 "I've gotten calls from reporters almost daily asking me to speak about gun violence and what I'm doing," said O'Neal. "That is not a space that you, I will speak into publicly because there's a lack of trust because the government and folk that I'm dealing with. And I can't compromise this trust-building relationship in trying to make sure that people who are able to move differently in the streets than I by talking to a reporter."

Her comments came as both O'Neal and Durham Police Chief Patrice Andrews have been tasked with a challenge that existed far before both arrived at their respective positions.

RELATED: Homicides up in Durham as city leaders, families search for answers

What makes Njuguna's violent death even more unsettling is that it happened less than 200 yards away from Durham Police headquarters.

"I would honestly think I'd be able to sit right here ...and think I'd be able to be safe with (DPD headquarters) right there," said a Durham man who did not want to be identified. "And I don't even feel safe walking to Los Primos and that's down the street. I could see if it's deep in the hood -- but across the street from the police precinct -- I should feel safe to walk this strip...and I don't."

RELATED: Durham's top cop and the DA take questions on crime from a concerned community

According to Durham Police Department data, in the past month, violent crime has increased nearly 7% across the city. Aggravated assaults involving guns have also increased by 16% in the past month. With 28 incidents reported between Jan. 23 and Feb. 19; this is still nine fewer than the monthly average.

Black Messiah Movement activist, Minister Paul Scott, said it boils down to transparency and encourages the mayor to be more honest and have more public meetings about her goal of reducing gun violence.

RELATED: The mental health impact of gunfire on children and ways to cope

ABC11 has made multiple requests to the mayor's office for comment but has not been successful.

Through Feb. 26, there have been 116 shootings and 37 people shot in Durham. Seven of those have died, according to the latest data from DPD's Crime Analysis Unit.