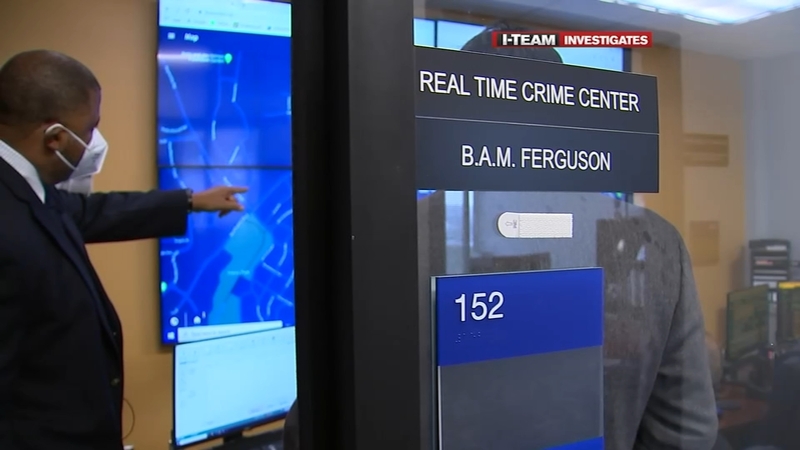 DURHAM, N.C. (WTVD) -- Julia Ross has been working on solutions in Durham for as long as she can remember.

"It hasn't gotten better, it's gotten worse," she said walking down Holloway Street near her small church.

It just so happens that the windows of the Friendship Fellowship Outreach Center were bashed in the morning she met with ABC11.

"I don't know what's going on in the community," said one man on the street to Ross. To which she said: "That's what we're trying to figure out right now."

This Gospel-singer turned activist used to do outreach and serve meals downtown. She's still more determined than ever to do something about the violence in Durham.

"The church is the hospital," Ross said. "If someone has a need, that's where you go."

She is hoping houses of worship in high-crime communities such as east Durham will commit to offering youth mentoring programs to give kids options other than violence.

"I'm hoping and praying it will get better, that we can get the pastors to come and help us because together we stand, but divided we fall," Julia said.

"You can't help the fact that the father isn't there; we can't do nothing about that," said Derick Cagle, who cuts hair out of Gentleman's Quarters Barbershop on Chapel Hill Boulevard.

His studio is within the Aura Galleria. He used to run a shop on Fayetteville Street. Now in addition to his shop, he's started Gentleman's Quarter's Barbershop Academy.

"I talk to a lot of kids," Cagle said. "A lot of them are put in situations where they can't live the life of a traditional teenager and being crowned a man of the house at 9, 10 or 11."

Some of the same progressive prosecutors elected across the country as Satana Deberry took office in Durham are now facing pushback at home.

In his barbershop academy, kids can express themselves and talk about anything they are going through with a male role model in a safe space.

Cagle said he doesn't believe more police is the way out of the situation.

"The solution is going down into the grifts and trying to get folks to understand and respect the uniform," Cagle said. "The last couple of years really slingshot some things back."

The gun violence crisis is reverberating around the country and in and around North Carolina.

"We're all trying to figure out what has happened and what's causing the violence in our communities," said William Penn, assistant chief of police in Winston-Salem.

The department is soon debuting a new 'real-time' crime center that's a big part of the solution here.

If people opt-in, they can share data like their ring cameras with police, allowing officers the ability to look at crime as it happens.

Durham's Gang Reduction Taskforce surveyed 40 current and former gang members. They learned all of them are tied to at least eight gangs in Durham.

"We recognize that we can't arrest ourselves out of this problem, so that's why we're able to work with other organizations," Penn said.

Winston-Salem homicide numbers jumped from 29 in 2019 to 43 last year.

"Up until three or four years ago, violent crime had been decreasing for decades, so to get this spike is very different from any point in my career," he said.

The same problems have plagued Greensboro and Chief Brian James. There seven homicides have already happened in 2022 after the area saw record highs in the last two years.

"The majority of the folks that live in these high-crime neighborhoods are law-abiding citizens who just want to live in safe neighborhoods," he said. "We absolutely want to be part of the solution, and we also realize it has to be a community-based solution."

Violence is a daily part of life for Ingram Bell. She leads Gate City Coalition in Greensboro.

They're better known as violence interrupters, like Bull City United in Durham.

"Trying to work on homicides takes your breath. It becomes heart-breaking some days," said Bell, who herself was shot in 2011.

She also is fighting for her 19-year-old cousin who she lost to gun violence.

Gate City is focused on a holistic solution and where they do have boots on the ground, there are no homicides so far this year.

"Whatever it is that helps a family as a whole, that's what we do," she said. "Us as a collective need to stop thinking, 'Oh well it's always going to be violent.' If more of us say 'Here's a way to seize it,' there's a way to decrease it."

Durham Sheriff Clarence Birkhead said his department has to be laser-focused about its approach.

The department has a strike team as well as the Sheriff's Targeted Enforcement Program or STEP team that goes after the most violent offenders.

Sheriff Birkhead said he is also focused on going after warrants that haven't been served and working with partners in neighboring counties as well as the US Attorney's Office to try and bring some of the numbers down.

"Yes, we have gangs and gang members in Durham, and do they commit crimes? Yes," Birkhead said. "But I cannot lay all of the gun violence on gangs. I don't want to continue to have a conversation about another shooting or another person being senselessly gunned down and sitting in their home."
Report a correction or typo
Related topics:
durhamwinston salemgreensboronccrimedurham policegang activitygun violencei teamguns
Copyright © 2022 WTVD-TV. All Rights Reserved.
I-TEAM
Fayetteville PD on track to full staffing; what about Durham, Raleigh?
Wake County reports highest rate of COVID-19 cases per capita in NC
Shortage of mental health professionals persists as need grows
Durham County Sheriff reveals cross-county 'Strike Team'
TOP STORIES
Strong storms push into central NC bringing heavy rain, flooding
Homeless veterans get an assist from Durham's Rotary Club
Truck slams into NC woman's new home
SCOTUS makes it tougher for prisoners to argue counsel was ineffective
Shelf cloud seen in Raleigh ahead of line of storms
New NC flood monitoring system ready for next big storm
Father puts 1,000 miles on his car to find specialty formula
Show More
Student says he was told not to mention 'Don't Say Gay' law in speech
Clayton police arrest man in shooting that injured 1
More than 75,000 pounds of baby formula lands in US amid shortage
Report: Top Southern Baptists stonewalled sex abuse victims
Arby's is selling a fast-food staple it's never offered before
More TOP STORIES News