Homicides jump 31% in Durham despite overall drop in violent crime 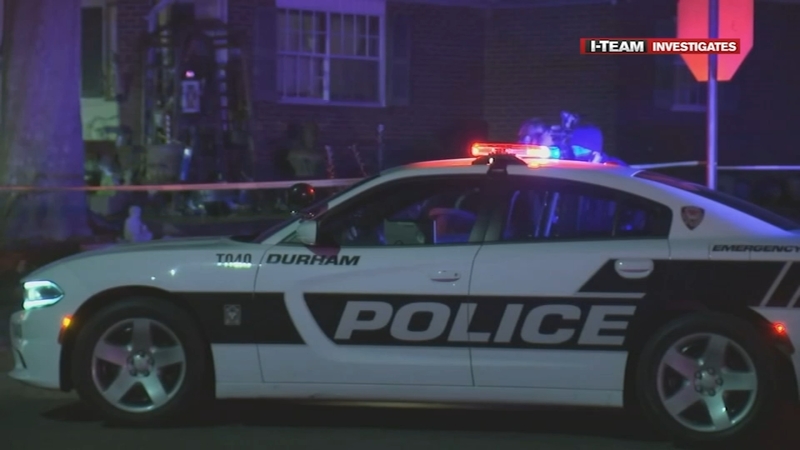 Homicides jump 31% in Durham despite overall drop in violent crime

DURHAM, N.C. (WTVD) -- Ann Applewhite still can't make sense of any of it.

Ann is talking about her granddaughter Ariuna Cotton.

She's the Hillside High School student who was one of two teenagers killed inside a car back in December.

That car, which had been reported stolen, was peppered with bullets before it crashed into a light pole on Matheson Street.

Six of the seven teens inside had been shot.

"Nobody is perfect, but she was my baby," said Applewhite, who still hasn't been back to Durham since the shooting. "She was my rock."

This bloodshed and multiple shootings at Streets at Southpoint mall including one that injured three people on Black Friday would seem to paint a gloomy picture.

It hasn't gotten better either. A barrage of gunfire erupted just last week at an apartment complex that left a 13-year-old boy injured and residents saying such incidents are part of life in their neighborhood.

Homicides though went up a staggering 31% -- a number in line with a trend seen across the country.

"No one thinks we can police our way out of this," said Mayor Pro Tem Mark-Anthony Middleton. "We know they are a component of it."

Middleton said there isn't one particular initiative or intervention that will solve the problems but "it's gotta be a comprehensive, multi-faceted plan, which I've been saying for years."

The city council just passed raises for police officers and firefighters and Middleton has long been championing a guaranteed-income program.

The pilot program launched in January gives more than 100 formerly incarcerated people $500 per month for one year.

COVID-19 has also set a lot of things back including gutting police departments around the country including in Durham which has 80-plus job openings.

"None of us has a crystal ball," Andrews said in late December. "Can the police department prevent 100% of the crimes from happening? The answer is no. Crime reduction is a community-police collaboration."

District 1 continues to have a problem with violence in Durham.

ABC11 met Hughes on Holloway Street across from a convenience store where two people were shot and killed last June.

It's just minutes away from where Ariuna Cotton lost her life.

"I miss my little angel," Applewhite said. "I hope this gets solved soon and they get these people off the streets."