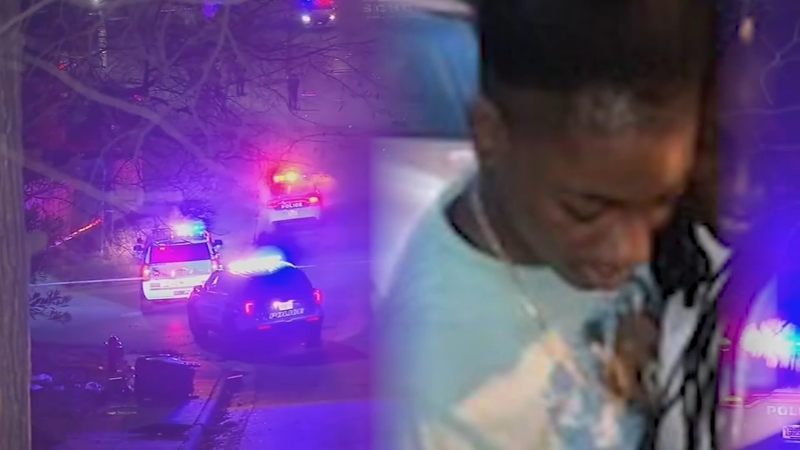 DURHAM, N.C. (WTVD) -- Just more than a year ago, Joyce Sheffield moved from Augusta, Georgia, to Durham for work. Since her move, Sheffield connected with 15-year-old Ariuna Cotton.

Cotton was one of two people who were shot and killed Monday morning at Eugene and Mathison streets in Durham.

"(Cotton) lost her mom. They have their grandma," Sheffield said. "And since they lost their mom, they've been with me. Because they know I'm going to treat them like one of my own. She was over here every day."

Cotton, along with 19-year-old Isaiah Carrington were both killed in the shooting. Police found them and other young people in a crashed SUV at the intersection. The Hyundai Santa Fe had been reported stolen in Durham on Sunday.

The caller had told Sheffield to head to Duke University Hospital.

"The hurt and the pain. You could feel it, you could see it. All of that," said Sheffield. "And it ain't just her and her family. It's Isaiah and his family as well.

There was also a 15-year-old boy in the vehicle at the time of the shooting who was not injured, police said.

Sheffield said the shooter ought to have known better.

"It was a coward act because (the victims) were babies," she said. "I don't know why it was cross they mind to know, to follow a truck that had minors in it -- to follow it and shoot at it. It's senseless and pointless. If you would have met Ariuna, you would have laughed because she's just goofy. She's goofy and silly like the average teenager."

Ariuna is on the left. Her grandmother said she wanted to be a singer. She called her “feisty.”
Also sad to learn Ariuna had lost her mom within the last year too #abc11 pic.twitter.com/0akCBBTAET

Ann Applewhite, the grandmother of Ariuna said she went to bed about 9 p.m. and saw her granddaughter, but has no idea the teen had left the house

"I'm really sad and upset because the way her life ended was a tragedy," Applewhite said. "I never thought anything like this would happen to my granddaughter."

She said Ariuna wanted to be a songwriter and dancer.

"I want to know why they took her life, what was so bad that they had to take her life," Applewhite said. "We're hoping they find the person that did it and maybe we get some answers as to why all this happened."

Durham Public Schools released a statement Tuesday afternoon that read in part, "Every life in Durham is precious, especially the lives of those who walk our halls to learn and grow. Our students have limitless potential, and it is our community's shared responsibility to ensure that their potential is not cut short by violence."

Durham Police said the incident is not random.