Homicides up in Durham as city leaders, families search for answers 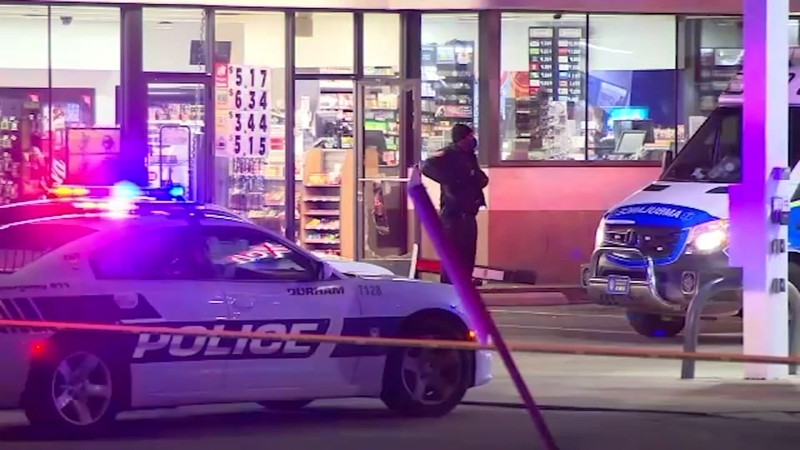 Homicides up in Durham as city leaders, families search for answers

City leaders say that while overall violent crime is down, the number of people murdered is way up.

Fewer people were shot but the number of people shot fatally increased.

We listened to every minute of today's @CityofDurhamNC city council work session where @TheDurhamPolice presented 2021 crime stats to council.
Homicides in Durham are up 35% from 2020 to 2021 #abc11 pic.twitter.com/Afb7jDND0H

"We are all feeling an increase," said Police Chief Patrice Andrews. "I think what we are seeing with the number of shootings is more of that here in our city."

Mayor Elaine O'Neal had asked Andrews how Durham compared to other cities of similar size when it comes to violence in Thursday's city council work session.

Andrews, after presenting the crime numbers, acknowledged that Durham has experienced more violence than other cities but couldn't attribute it to one reason.

In the same session, Andrews said Durham has significantly improved its clearance rates for homicides year over year to bring it more line with the FBI average.

RELATED: The mental health impact of gunfire on children and ways to cope

Staffing levels are also lower than where she wants them.

They're down 81 officers, which has contributed to the city lagging in priority call response time.

The average response time for DPD is more than six minutes. Police are trying to get that number under six to 5:48.

RELATED: Durham's top cop and the DA take questions on crime from a concerned community

Andrews said they're looking for creative, alternative ways to recruit people to want to do the job.

One woman whose life has been touched by gun violence hopes Durham Police find solutions sooner rather than later.

"I would love to be able to look this guy or guys in their eyes and tell them the pain they caused our family," said Delmoninca Cuthbertson, whose son Jayvion was shot last year. Thankfully, he survived.

She said she hasn't heard from DPD in months about the case.

She said she has dropped her anger about it but wants Durham leaders to take the violence more seriously.

"At this point, I just had to let it go, so yeah, I just came to the realization that they'll never find the shooter and Jayvion's case is just another statistic, another young Black man that honestly society has labeled," she said.