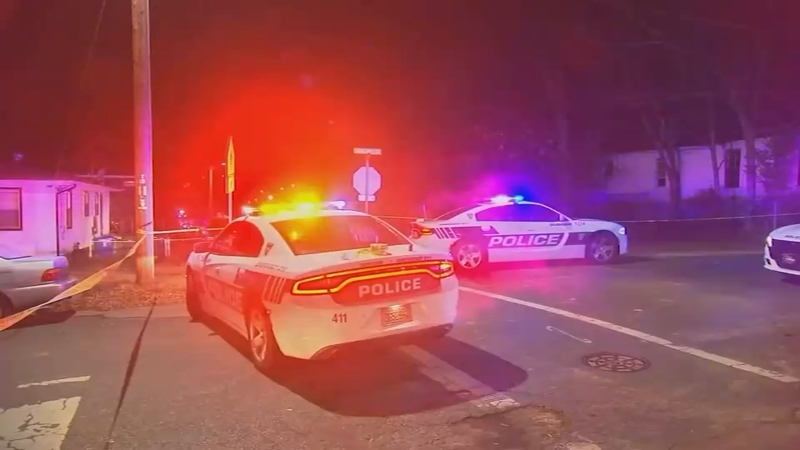 DURHAM, N.C. (WTVD) -- Ashley Canady and her four children live with the threat of gunfire every day in McDougald Terrace in Durham.

"You can hear sometimes if your window is open, you can hear the kids screaming. It's devastating," Canady said.

Canady said her 14-year-old daughter was diagnosed with PTSD after witnessing a shooting at the age of 6. She takes medication and regular therapy. All while still living in danger of gunfire.

"Even last night, there were gunshots out here last night," Canady said.

"The Mac" as the public housing complex is known. is infamous for violent terror.

A man was rushed to the hospital Saturday night.

Durham police are looking for the person who shot him. They said the man is expected to survive.

During Saturday's shooting, a neighbor's apartment in McDougald Terrace was also shot up.

She told ABC11 off-camera she is too afraid to speak out.

Her family sent ABC11 a video of bullet holes and evidence markers throughout the home.

A child can be heard saying it's time to leave.

"This is where you have to live and you're thinking every day about am I safe in my home?" said, Dr. Anthony Smith, who is a Licensed Psychologist in Durham with the Alase Center for Enrichment. He is also the author of the book "No More Trauma."

Smith said the constant threat of gun violence can translate into anxiety and depression, especially among children.

Some researchers call it Toxic Stress -- brought on by frequent and severe abuse, domestic violence, neglect, neighborhood violence and death.

Toxic Stress can stunt a child's brain growth and activity, raise blood pressure, and compromise their immune system, and cause children to misbehave.

"It's really just their way of saying --- I really don't like being in this situation where I don't have control. At any moment my life could be in jeopardy," said Smith.

And to give children hope that it'll get better and use positive examples.

Finding peaceful getaways like nature, a lake, river or park is important. If access is an issue, create that safe space with like-minded neighbors in the community.

Next week, Bull City United is holding Week of Peace events in several neighborhoods in Durham.