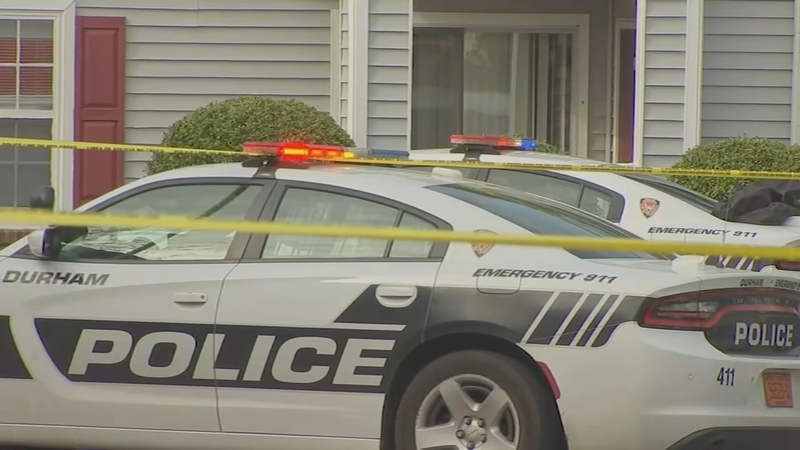 66% of Durham residents say gun violence is their greatest concern

DURHAM, N.C. (WTVD) -- The Circle K on Woodcroft Parkway in Durham remains boarded up and closed following a violent attack Saturday. Three people were shot, one of them found dead by police. No one is in custody.

"I thought it was fireworks when I heard those noises last night. It was several spurts. Pap...pap..pap," said Dorothy Stenner-Farley.

We met Dorothy out for a walk with her dog, and her neighbors Jasme' Kelly, and Bruce and Joanne Whiteneck. Each of them concerned and telling ABC11 this is not the first shooting at that store.

"I'm so disappointed that something like that would happen again," Said Bruce Whiteneck.

But it's not just at the most recent location, shootings have been igniting terror for days throughout Durham.

The community has suffered from at least 4 separate shootings since Thursday. Nine people shot and three are dead.
"We've lived here for over 25 years. I can't remember it being like this," said Whiteneck.

"We need to get this under control and stop this violence and catch the person and make them pay." Whiteneck's wife Joanne added,

In a recent Durham Police Satisfaction Survey of more than 500 neighbors, 66 percent said gun violence is their greatest concern.

When asked specifically if they were confident in police efforts to fight crime, 31 percent of those surveyed said they were neutral and 29 percent disagreed.

Right now, the city is preparing a budget that would put more money toward community safety next fiscal year. Among the items included if approved, will be the controversial gunfire detecting technology ShotSpotter.

"I personally don't have a problem but I do want to make sure people aren't profiled," said Stenner-Farley.

"That's ridiculous. Discriminatory. I'm so tired of this discriminatory stuff. I think that sounds like a great thing to do," said Joanne Whiteneck.

"It's not stop and frisk. It's oh we heard gunshots. I would rather have that-than have someone be shot and not be responded to-and die because nobody called," said Kelly.