'Too many of them dying': Grieving mom talks solutions as Durham gun violence surges 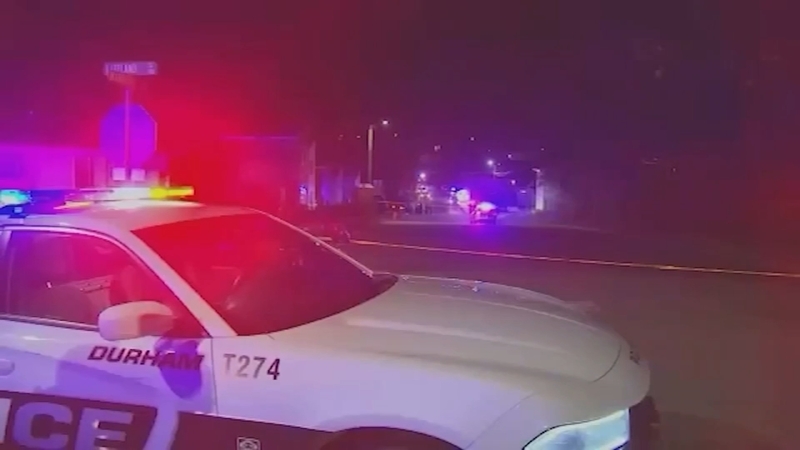 DURHAM, N.C. (WTVD) -- One day after Durham Mayor Elaine O'Neal's interview on the rising rate of gun violence in the city, frightened and traumatized residents say they're heartened and are calling for more action.

"You just never know when somebody's gonna ride through and decide to want to start shooting," said Natasha Adams, who was born and raised and Durham.

Adams described her current state of mind as paranoia or just plain fear living here in the shadow of downtown under the never-ending threat of gunfire.

Twelve months ago, Adams' son, Joshua, just 20 years old, was found shot and killed in a car on Kirby Street in Durham.

And in the past year, Durham gun crime has only increased. Shootings this year outpaced 2021 and 2020. Deadly shootings so far this year nearly match the past two years combined.

In an interview Monday night, Durham's mayor told ABC11 she has spent her first months in office digging into the root causes.

“Too many of them dying left and right for no sensible reason.”

12 months after losing her son to Durham gun violence, Natasha Adams lives in fear for her surviving children as gun crime in the city continues to surge. #abc11 pic.twitter.com/sAW2syKXdj

"What we found when we talk to a lot of these young people is they're lacking two basic things: housing and jobs," O'Neal said. "It's nothing new. But it's gotten worse"

Adams heard what the mayor had to say. Was it enough?

"It's gotta be action. Everybody's gonna have to put their foot down," Adams replied. "Words don't mean nothing these days. We have to put action into really doing something."

And when this still-grieving mom says "everybody" -- she means herself, too. As Joshua's 10-year-old little brother, Jaden, plays, Adams feels the pangs of guilt about what happened to her oldest son.

"I see Joshua in him," she said. "We got to get into this community and get these kids together because it's just too many of them dying left and right for no sensible reason."

By the end of the conversation with Natasha Adams, she and Mayor O'Neal seemed to be saying similar things: that affecting the gun-violence crisis would take more than government intervention; that It has to be a full-on community effort -- that starts at home.

ANOTHER VIOLENT NIGHT IN DURHAM

As Tuesday drew to a close, more violence erupted in Durham.

Police said a man on a scooter was shot near a BP gas station at Holloway Street and Alston Avenue.

Two other people were found shot in the vicinity of Alston Avenue and Juniper Street, police said. The victims were taken to a hospital with what appeared to be life-threatening injuries.