'We need to know what's in our air': Communities work to understand air quality inequities 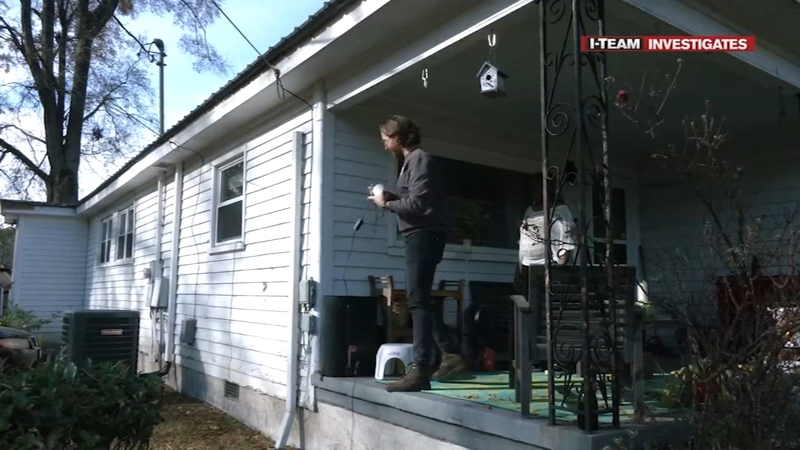 DURHAM, N.C. (WTVD) -- For decades, Bonita Green has lived in Durham breathing in the air without fully knowing what impacts it had on her health.

"Not knowing is kind of scary," said Green.

Her fears aren't unfounded. High levels of air pollutants that stem from high levels of traffic and certain industries can have negative health impacts on individuals.

In the Durham-Chapel Hill metro area, ethnic minorities face twice the respiratory risk from air pollution than white residents, according to an analysis of data from the U.S. Environmental Protection Agency's Environmental Justice screening system In the Raleigh-Cary area, the disparities are slightly lower with people of color facing 1.5% more respiratory risk (11.7%) than white residents (8.2%).

In her East Durham neighborhood, the Merrick-Moore Community, Green has become a leader in exposing these potential threats and increasing public awareness.

"It was important because there's also an elementary school here in the community to kind of be aware of what the air quality is in our area, but also because I'm a lung transplant patient," Green said.

Her neighborhood is less than a mile from I-70 and near a few industrial zones. To better understand just how much risk these elements create, Green decided to install a PurpleAir quality monitor at her home.

Max Cawley, a program manager at the Museum of Life and Science, installed the monitor at Green's house. Cawley has also installed a few others across Durham in partnership with Clean Aire NC, an environmental nonprofit.

"Monitoring where the air quality is better or worse is a first step in starting to understand who is exposed to unhealthy air quality conditions," said Cawley.

The sensors track PM 2.5, an invisible air pollutant that can cause negative health effects. Cawley explained the pollutant stems from highways, industries and wildfires. The data is tracked in real-time and monitored on a map. He explained more detailed and hyperlocal tracking can help communities better understand some previously exposed inequities.

"When people have decided where industry goes or where highways or large roadways go, they tend to want to put them as far away from themselves as they can. They want it to be kind of out of sight out of mind, unfortunately, the reality of the situation is that they have not put them completely out of sight, out of mind of everybody," said Cawley.

The data shows the impact of these historic planning decisions has led to higher levels of pollutants in certain areas, particularly in areas with a higher concentration of Black residents.

Unfortunately, Cawley explained installing sensors to better understand these inequities can be costly and take time and awareness, which often means they aren't installed in communities that have some of the worst air pollutions.

"The reality of expanding the participatory monitoring model means that somebody has to invest in making sure that these go up so that you get a more granular look at less affluent neighborhoods at formerly redlined neighborhoods and unfortunately, these are also the neighborhoods that you would expect to find worse air quality and because they tend to be ones that have been designated as sacrifice zones," he said.

The sensor Cawley installed at Green's home earlier this week is already reporting back real-time data. On Thursday, the device reported while the air quality was acceptable, it flagged a possible risk for some people after 24 hours of exposure.

Green is working with other Durham leaders on a comprehensive plan for the city and hopes air quality will become more of a priority in the future.