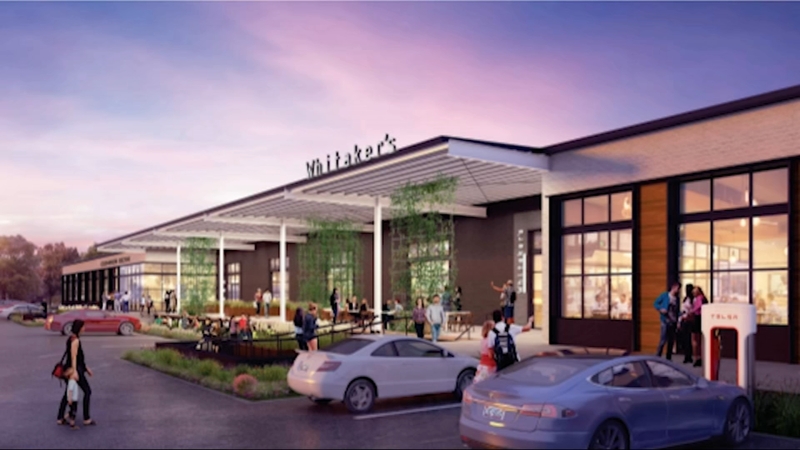 RALEIGH, N.C. (WTVD) -- There was a public hearing Tuesday evening at the Raleigh city council meeting about rezoning the northeastern corner of Whitaker Mill and Wake Forest Roads for the East End Market project.

"There's a couple other bars and restaurants right around, so to have more of that and more shopping, I think would be good for the area," said Jamie Schwint, who lives near the proposed development. "I would personally enjoy it."

Plans show the development would surround the townhomes where Beth Carmichael lives.

She started a petition expressing concerns, including traffic and parking. One portion of the development would be 11 stories tall.

"We feel like if the proposal passes as planned, that we would be living in a fishbowl," Carmichael said. "There's no privacy afforded to us."

"We would like them to cap the height of all the buildings in the project at seven stories," Carmichael said. "That is in line with anything that's kind of fit into an older established community. It is still beyond what the comprehensive plan calls for but at least it's more reasonable. Our second request is that we would like to have safe cross access for vehicles that are coming and going on the parcel on the corner."

Two residents who live where part of the development could stand told ABC11 they're paying affordable rent but will have to move out if the project goes through.

Todd Shields is a bartender and was out of work for about a year during the pandemic. He's been living there about 8 months.

"It's month to month," Shields said. "It's very inexpensive because we know we're going to have to move."

Tarsha Brown is also living month to month. She's been living there for three years. She's a housekeeper and was out of work for about three months due to the pandemic.

"I'm actually in the process of looking for a place to move to, which is not so easy," Brown said.

During Tuesday's meeting, the Raleigh Council tabled the motion so the developer and resident can work on the plans and come back to the council for a vote at their June 15th meeting.