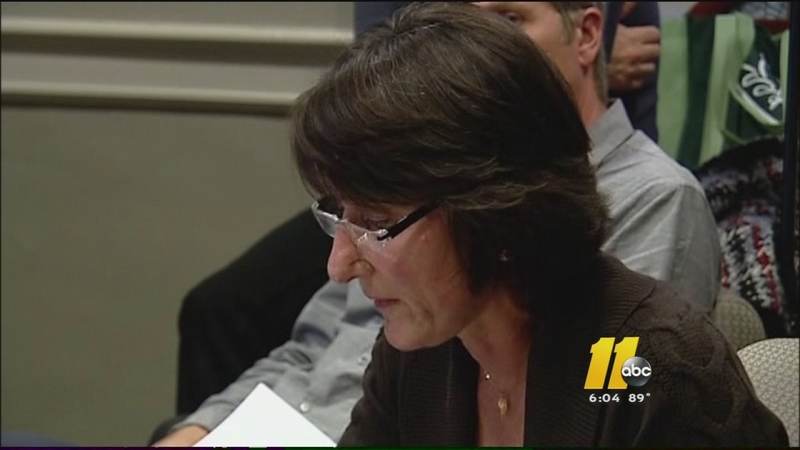 According to court documents, Willingham claims she was discriminated and retaliated against for being a whistleblower, and is seeking damages.

Willingham claims UNC failed to address her concerns, and she was demoted and reassigned, according to the lawsuit.

Willingham's attorney says she's endured a lot -- all because she tried to speak out and stand up for what she felt was right.

"I believe in Mary Willingham," said Heydt Philbeck, Willingham's attorney. "She has been through a lot. All for standing up for what's right. With this lawsuit we seek to right the wrongs."

"She stood up for was right. The people in power didn't like that and they decided to treat her differently," Philbeck added.

"The University of North Carolina at Chapel Hill is aware of the lawsuit filed by former employee Mary Willingham. We respect the right of any current or former employee to speak out on important University and national issues. We believe the facts will demonstrate that Ms. Willingham was treated fairly and appropriately while she was employed at Carolina," UNC Vice Chancellor of Communications and Public Affairs Joel Curran said in a statement Tuesday.

News of the lawsuit comes just a day after UNC announced that the NCAA has given it notice it will reopen its 2011 investigation of academic irregularities at the school involving student athletes.

The university has said it was told that the "NCAA has determined that additional people with information and others who were previously uncooperative might now be willing to speak with the enforcement staff." UNC declined further comment.

In a statement issued to ABC11 Monday, Willingham said: "The NCAA will need some serious help from our historians at UNC (so many years have passed). The NCAA cartel has lost credibility as a regulatory body. Meting out punishment should not be the purpose of any inquiry at this point. Instead, they should focus on how to use the UNC example to reform the entire system."

Despite previous internal investigations, UNC has now requested Ken Wainstein, a former federal prosecutor, to do a new independent investigation of the scandal. UNC said Monday he has been instructed to "share relevant information directly and confidentially with the NCAA."

Wainstein told the UNC Board of Governors at a meeting earlier this month that his team has interviewed 80 potential witnesses and reviewed 1.5 million emails and other electronic documents. It has also gone through thousands of student records and transcripts.

Wainstein, a partner with the Washington, D.C., law firm of Cadwalader, Wickersham & Taft, did not give specifics or any factual findings - saying he would present a full written report this fall that will be made public.

However, he did say he's looking at if the athletics department was involved and if it steered student athletes into the classes.

UNC said Monday it has put numerous academic reforms into place based on findings from earlier reports that can be found at http://carolinacommitment.unc.edu/ and it remains "committed to learning from our past so that we can move forward to building a stronger University."